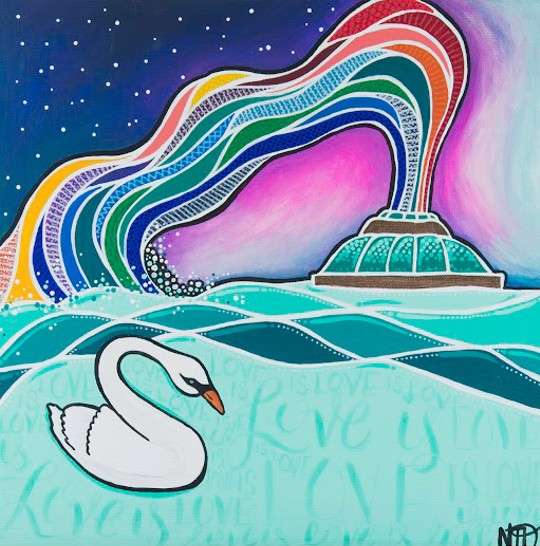 In a city where hundreds of thousands of jobs depend on theme parks and entertainment attractions, it should surprise no one that there are so many artists.

And when terror struck June 12 in the Pulse nightclub, it’s not surprising that so many responded by creating.

In the days directly following the shootings, local photographers sent Orlando Weekly hundreds of images. Their immediate impulse was to document the events as they unfolded. We used as many as we could, but there were many more outstanding photographs than we had space for. Luckily, the Gallery at Avalon Island came up with the idea to display dozens of them. The resulting show, Orlando Continues, is up through September 10.

And on Thursday, September 15, the Orlando Public Library will open Paint Strong Orlando, an exhibit of nearly 300 works created in response to the Pulse tragedy. After the shootings, local art supply store Sam Flax announced that it would donate art supplies to anyone in Orlando who wanted to create a work that reflected the strength of the community as it rallied.”

Proceeds from sales of art from both of these shows will go to help Pulse victims and their families.

How people respond when they are attacked is the surest sign of character. While politicians dither over a legal response, our artists have stepped forward to help and to heal.