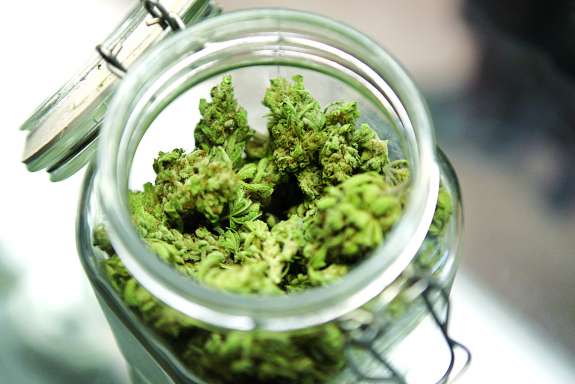 Orlando commissioners narrowly passed on a first reading a measure to decriminalize small amounts of marijuana. First time offenders would have to pay a $50 fine if found with less than 20 grams of the drug. The penalty would increase to $100 for second offenders and third time offenses would call for a mandatory court appearance.

More than twenty backers and opponents signed up to speak before the commission, including elected officials and activists like Anthony Rogers Wright.

“Many a people in this room have, themselves, in or have family members who are given second chances and, in some cases, second, third, fourth, and fifth, and sixth chances after that pertaining to nonviolent drug use or possession. Voting against this ordinance would represent nothing more than abject hypocrisy,” Wright said.

Opponents of the ordinance say it would lead to more drug abuse and violence. They are suggesting that the commission focus on strengthening relations between the police and residents in an era of heightened mistrust between the two.

Meanwhile, some backers are requesting that a discretionary component of the ordinance be removed, citing concerns that police officers could unfairly profile minorities and make quick arrests out of minor drug citations. The clause would allow police officers to choose when and who to cite and arrest.

Orlando Police Department chief John Mina responded to those concerns, saying “We’ve heard much about disproportionate treatment and racial disparity, but it’s incumbent upon me as chief of police to make sure that our officers are making decisions based on legitimate reasons and in a non-discriminatory manner. That’s my job. And that’s what I’ll do.”

Mina said officers will only make an arrest if an offender is “combative and uncooperative”or if they sense he or she can be charged for a more serious offense.