Orlando comics talk comedy and fatherhood: ‘There’s nothing better than when she genuinely laughs’ 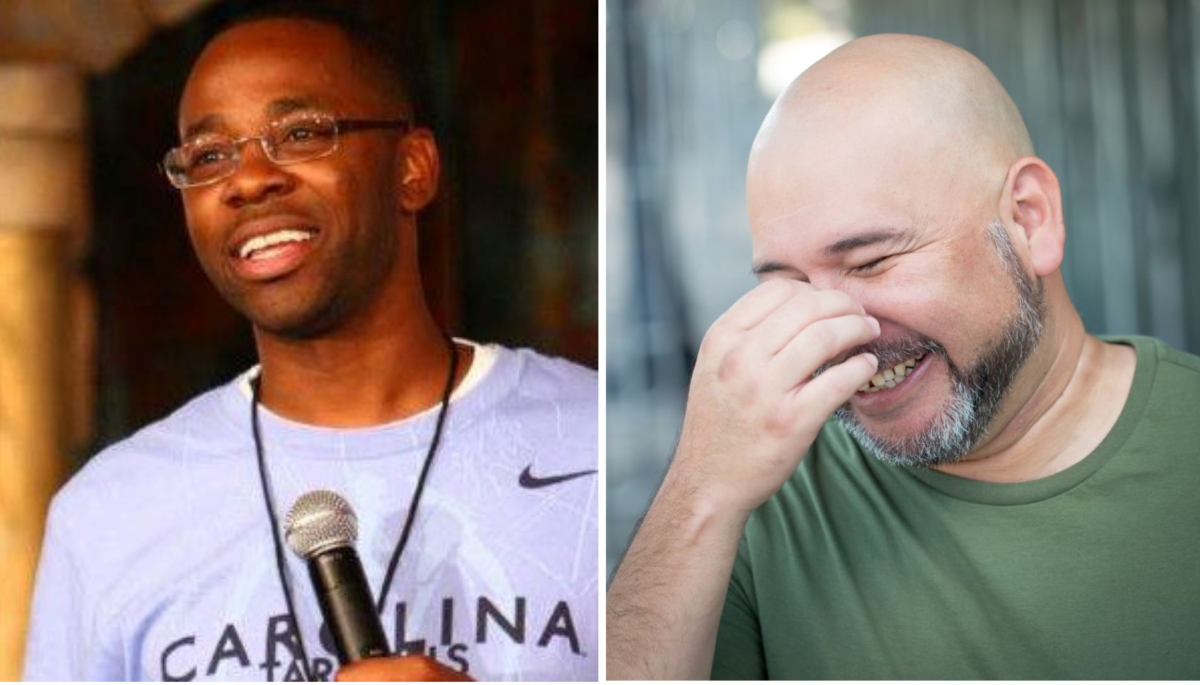 Father’s Day is Sunday. In honor of the day, WMFE’s Joe Byrnes spoke with two dads, who also happen to be standup comedians in Orlando, A. Ali Flores and Ken Miller.

Flores has a 15-year-old daughter.

Miller says he has an adult son and a teenage daughter and plays the role of dad to another girl, who’s 10 years old.

The two men spoke about how fatherhood impacts their humor.

Here are some excerpts:

It’s, it’s awesome being a dad and a comic. I mean, the reason I had kids is for the material. I was running out of jokes and I needed to get a kid. … It’s great, you know, to have fun with my daughter and then bring those stories on stage. And to watch or to just to watch people reacting to that. It’s awesome.

I always laugh at my kids because they used to get upset at the jokes. And I would tell them, “Well, these jokes pay for them Jordans.” … But then I took them to my Netflix taping. And to see my kids laugh, you know, that that was cool to me, man, because, you know, once you’re dad they’re like, nothing you do is funny. But for them to laugh at my Netflix thing, man that was dope, to see my kids laughing.

I asked Miller what was the funniest joke he told about being a dad.

My favorite is my son being a rapper. And being a gangsta rapper — and he’s not a gangsta. Like ’cause we live in a gated community and I’m the president of the HOA but you’re out here trying to be a thug. But my friends will tell you that their favorite joke of mine is when I do the Tooth Fairy joke of … my son putting the tooth under his pillow. And the other one … when we were doing a road trip, and me and my daughter was having a back and forth. And she said saw rainbow and she said, “Dad, make a wish,” and I said, “I wish you’d shut the ‘f’ up. And she said, “You’re not supposed to tell me your wish because it ain’t gonna come true.”

It’s hard for me to explain the jokes that I love, because I don’t know that I can say them on on the radio. But one of my favorite stories is my daughter when she was … four and she almost got me killed at a Dunkin Donuts because kids have no filter. And we ran into a large gentleman with a lazy eye and, like, she went right to him, “What’s wrong with your eye?” And I’m like, oh my God, we’re gonna die. So that’s one of my favorite stories.

So my dad actually introduced me to comedy. At a young age, I was listening to Richard Pryor, George Carlin, Eddie Murphy. And like, he loved comedy. So he loved telling jokes and so at a very early age I was already telling stock jokes, you know, street jokes. … I mean, I remember being a kid and my dad would sneak me cassette tapes. … So I would I would be in my room and listening to Eddie Murphy — and I memorized that whole thing — Richard Pryor, all of the greats, and my dad was the one that introduced me to comedy.

My dad wasn’t around much as a kid … but the time I did spend with him, my father, to me was the funniest man on the planet. Until I got older and realized he was just doing Richard Pryor material. This whole time I’m thinking, like, “Oh my God, my dad is hilarious!” And then I bought, one of the first tapes I bought was “Richard Pryor – Is it something I said?” And I’m listening to it. And I’m like, “Yo, my dad just did that in the barbershop yesterday.” But you take that away, man, my father was hilarious, dude. And even at his funeral — my father passed like two years ago — and I went up there and I did a hot three to five minutes. And my family was dying, laughing. But they knew my father would have wanted that. Because my father loved the fact that I became a standup comic.

When you’re on stage, you’re doing other stuff, but with your kid, you know, it’s a little different. I make her laugh because I know what makes her laugh — voices and just being silly, dancing, like I would wake her up in the morning by singing stupid songs and just keep getting louder and louder until she gets annoyed with me and wakes up. But yeah, it’s completely different for me, but there’s nothing better than when she genuinely laughs. It’s great.