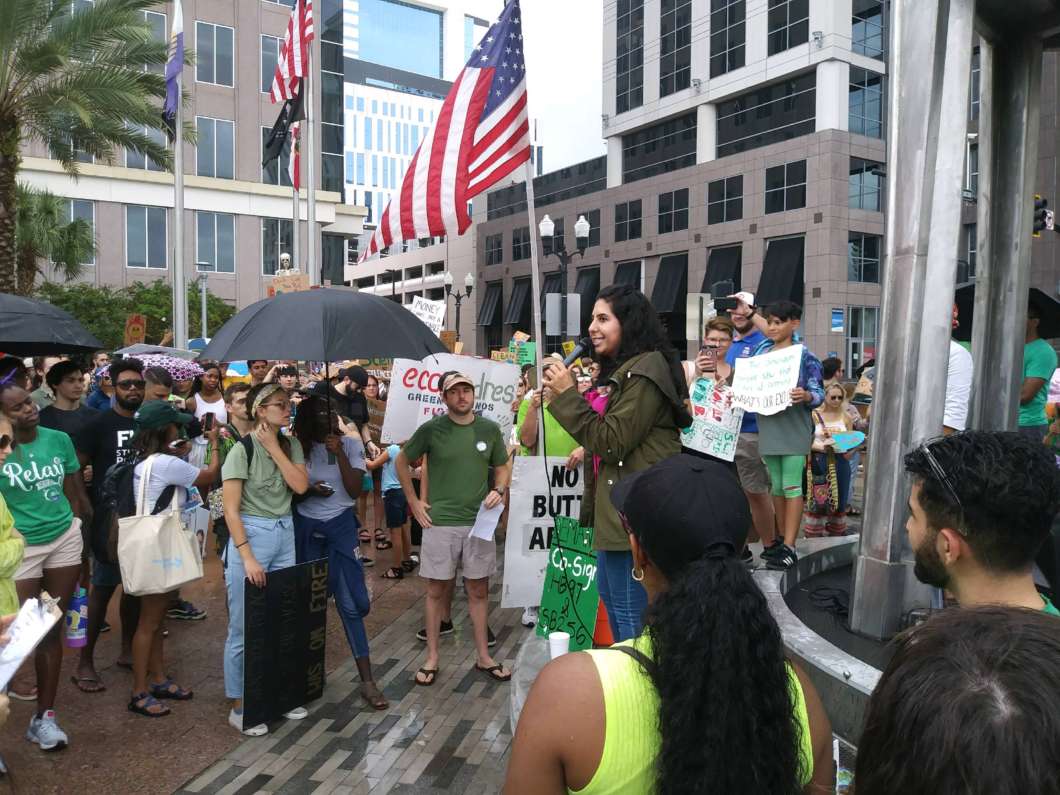 About 200 people gathered in front of City Hall in Orlando on Friday afternoon to draw attention to climate change.

They joined activists around the globe as part of a climate strike.

“The majority of our energy is coming from fossil fuels and that’s not OK,” said Eskamani.

“And as our coastlines feel the impact of climate change, as we see algae blooms pop up, major hurricanes impact communities that are most vulnerable — we gotta do something about it.”

Climate strikes around the world have been spearheaded by student activists frustrated by what they see as an ineffectual response to global warming.