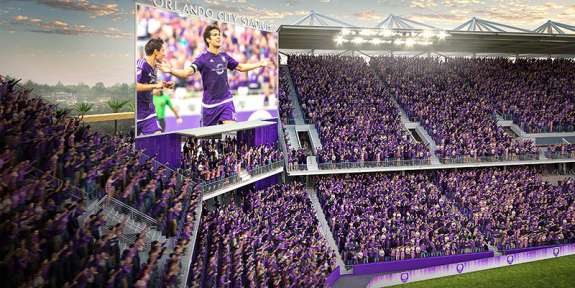 That’s the number of people who’ll be able to attend Orlando City Soccer games once the stadium opens next fall.

Officials announced plans Friday to increase the number of fans able to attend after home games consistently sold out.

About 33,900 fans attend home games at the Citrus Bowl on average.

When asked about the new stadium accommodating less fans than the Citrus Bowl, Rawlins responded, “I would encourage the people that are on the outside right now trying to get in—get a season ticket—it’s the least expensive way to watch the game, and then secondly, it’s the way to guarantee yourself a seat.”

Rawlins said he does not anticipate raising ticket prices to meet the demand for seats.