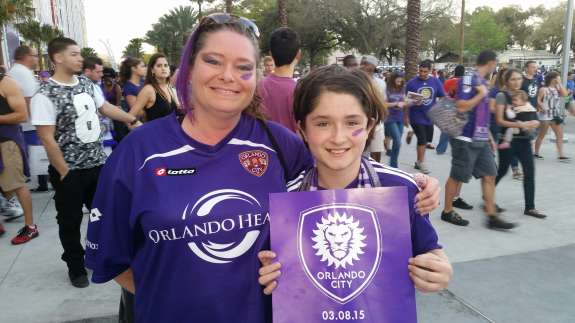 The Orlando City Lions ended their first game in a thrilling one-to-one tie with fellow expansion team, New York City Football Club. It wasn’t a win for the City, but you wouldn’t know that from the pumped up crowds leaving the stadium.

Star player Kaká saved the day with a goal at the very end of the game, giving fans something to roar about. Eleven-year-old Micayla Ruby was impressed with the sheer size of the crowd filling up the Citrus bowl. “I’ve never seen anything like it; it was 62,510 I think and I just couldn’t imagine anything better. I hope we get to this for the rest of the season.”

Demand was high for the free weekend SunRail. People tweeted that some trains were at capacity. Transportation officials said they had added two trains by the end of the soccer game.

Lions fan Spence Gilman appreciated the free transit options and hopes the city keeps it up.“City of Orlando though, we need to have public transportation! We rode the SunRail down here, we rode trains and buses down here. We need that to keep going. It’s huge,” said Gilman.

All eyes will be on the Lions’ second league game Friday the 13th at Houston against the Dynamo.