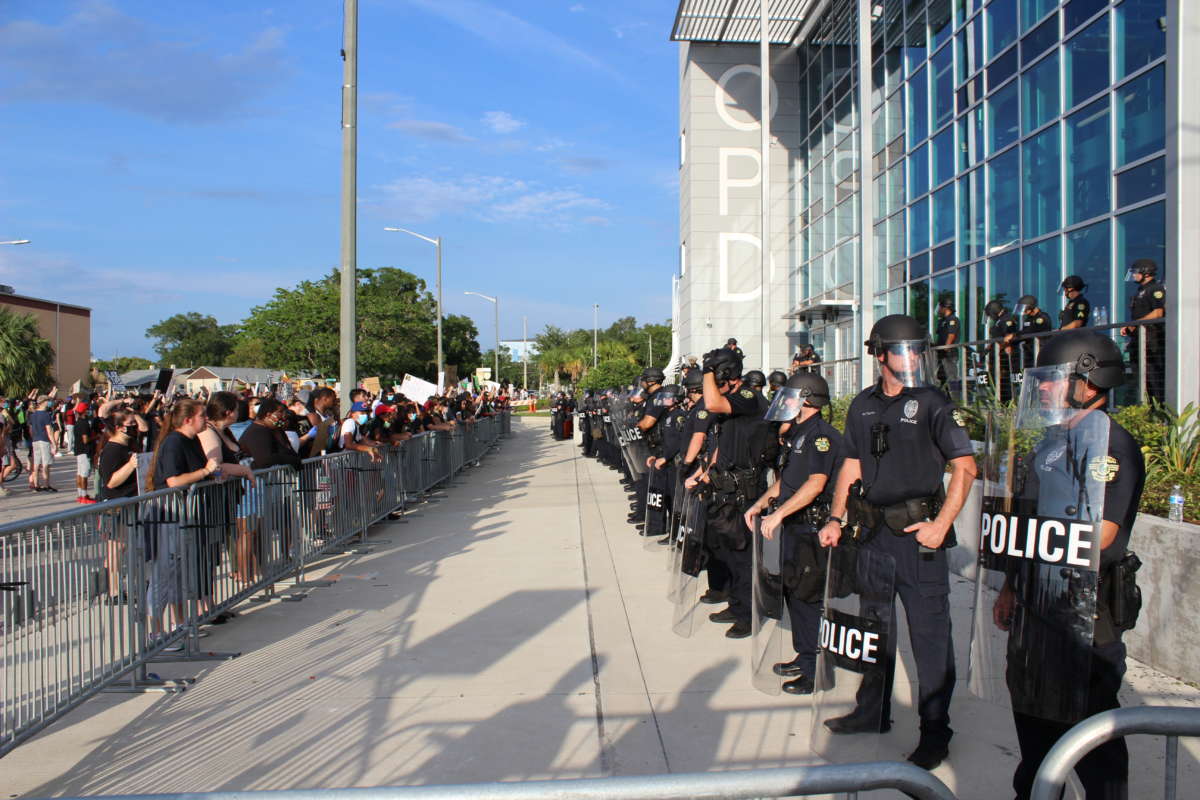 The president of the Orlando Fraternal Order of Police says he welcomes a use of force review.

In a letter to mayor Buddy Dyer, FOP Orlando Police Lodge 25 President Adam Krudo said he felt that quote, “policies at the Orlando Police Department are well established and consistent with most agencies across the state of Florida.”

He said the FOP would be willing to assist Dyer and the city in helping with the review.

The letter comes after a weekend of peaceful protests in Orlando. The department reported no arrests or use of tear gas or pepper spray at Orlando City Hall on Friday, Saturday, or Sunday.

But in the week after George Floyd’s death, more than 100 arrests and the use of tear gas on protesters spurred Mayor Buddy Dyer to call on a use of force review at OPD in a series of tweets.

On June 4, he wrote, “I’m joining Barack Obama and the My Brother’s Keeper Alliance to review our use of force policies, engage residents in the process and make any changes that must be made.”

Dyer also called on body camera footage to be released from officers who used tear gas on protesters.

Orlando is committed to action. And as a community, we must continue to engage with each other to make change. That’s why I’m joining @BarackObama and @MBK_Alliance to review our use of force policies, engage residents in the process and make any changes that must be made.