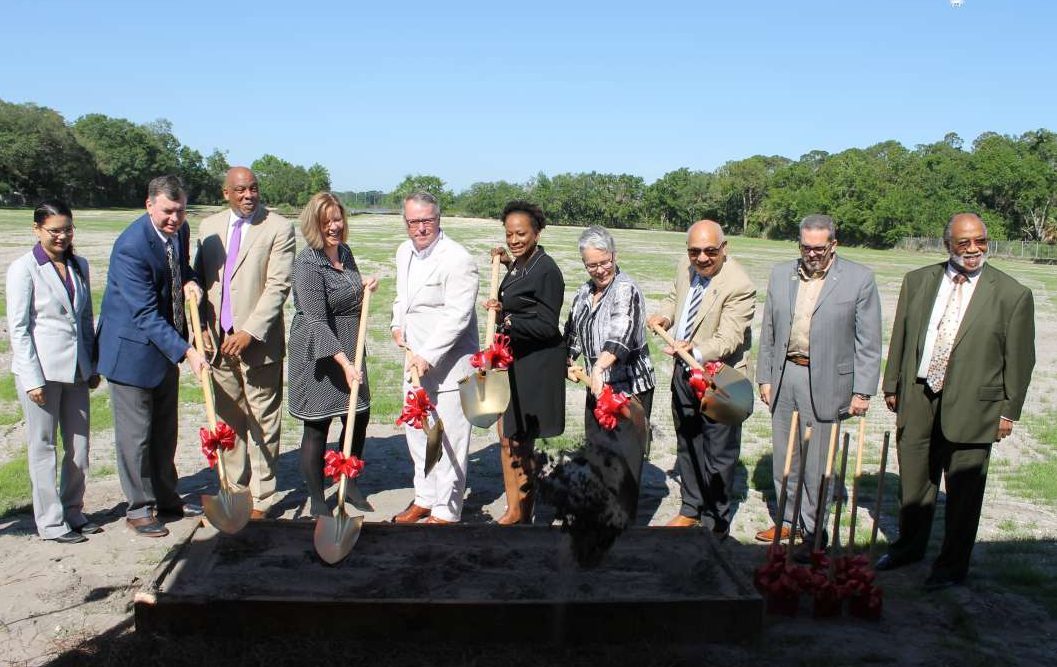 Orlando leaders have broken ground on an affordable housing complex on the city’s west side. Half of the 166 units at the Village on Mercy will provide housing for formerly homeless families and individuals.

According to the National Low Income Housing Coalition, Orlando, Kissimmee and Sanford have a shortage of 58,800 affordable rentals.

The city bought a group of foreclosed Fannie Mae properties and demolished three condemned apartment complexes before selling the 12.83 acre site to the non-profit Ability Housing to develop.

“I was knocking on doors in this corner,” said Hill.

“People were being displaced daily with nowhere to go, and not knowing what tomorrow holds for them when it came to housing.”

Hill said some of those families are living in extended stay hotels along Colonial Drive.

“It’s unaffordable. Most times they have to pay their whole salary towards rental costs. Some are living with relatives, and unfortunately some are just wandering and had to leave the city limits altogether,” she said.

Hill hopes those families will be able to return to Mercy Drive.

“To be able to bring these families back to, I would say, living conditions that are superb, I’ve seen [Ability Housing’s] properties in Jacksonville, and directly off the lake,  it is going to be just amazing.”

The $27 million complex is slated to take 18 months to build, with funding from the Florida Housing Finance Coalition, Bank of America, Enterprise Community Investment Inc. and the Corporation for Supportive Housing.