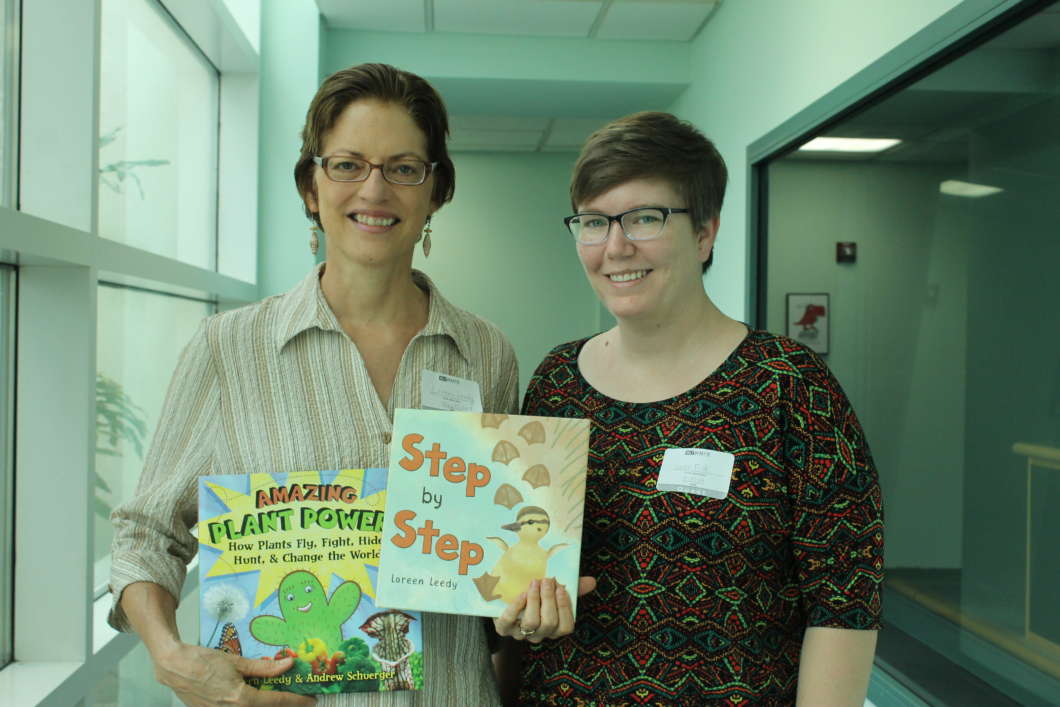 This Saturday the Orlando Public Library celebrates books and authors with the Orlando Book festival.  The festival, which is in its fifth year, has something to entice both readers and writers, with signings and writing workshops.

The library’s events and programs planner Sarah Fisk, who writes Young Adult fiction under the name Sarah Nicholas, sits down with Intersection’s Matthew Peddie, along with author & illustrator Loreen Leedy for a conversation about books and what got them started on the path to publishing.

“Part of it is that I was hired specifically to do author events, so it was just something I wanted to do,” says Fisk about why the library decided to launch the festival five years ago.

“Also the other part is that the UCF Book Festival at the time was kind of getting smaller and smaller and then eventually ended, so we wanted to fill that space.”

Sarah Fisk is the author of Dragons are People, Too and Keeping Her Secret.

“Before I got my first book published, I probably amassed 450 rejections, because I had queried another book before this. But I had learned so much about the industry in those couple years, and I learned so much about writing too;  most people don’t know how to write a book when they start.”

Loreen Leedy is the author of over 40 picture books, including Step by Step. She was an Art major in college.

“You have to be able to carry that continuity all the way through, and so no every illustrator wants to do sequential art like that, so that is something you have to find out.”

The Orlando Book Festival will be held at the Orlando Public library from 9 a.m. to 6 p.m.