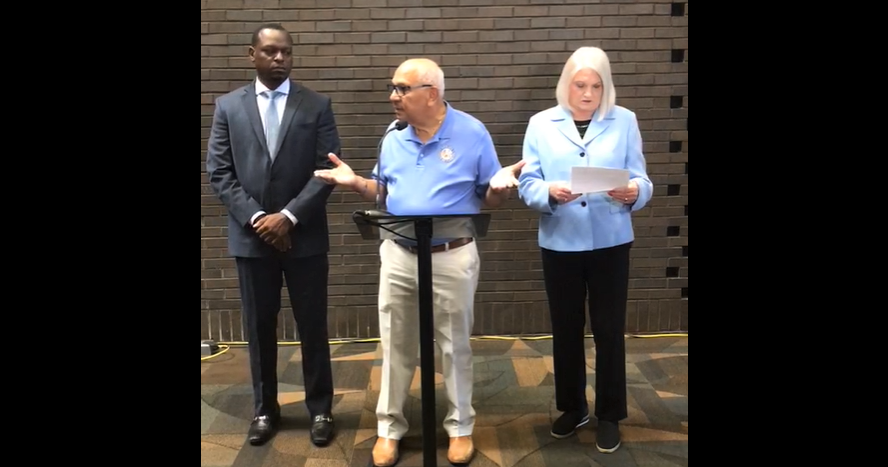 At a Monday press conference, the three Democratic senators representing Orange and Osceola counties warned of a tax increase that could come with eliminating The Walt Disney Company’s Reedy Creek Improvement District.

Senators Linda Stewart, Randolph Bracy and Victor Torres denounced the GOP-led Legislature’s repeal as hastily done with little thought to its consequences, including the biggest increase ever in local taxes.

A legislative staff analysis said dissolving the district will leave the counties responsible for its $1 billion in bonded debt.

Torres calls the repeal “a political stunt” by the governor to punish Disney for opposing a law that limits teaching about sexual orientation and gender identity.

“Disney is not the one being punished by this bill. The thousands of workers are,” Torres said. “The taxpayers of Orange and Osceola are going to be punished. All Floridians will be punished if this number one economic industry — tourism — declines because of this bill.”

Republicans have pushed back against the idea that Orange and Osceola county residents will be stuck with Reedy Creek’s debt. Governor Ron DeSantis said last week that Disney will pay the district’s debt and that lawmakers will revisit the issue before the repeal takes effect next year.

Stewart said the “latest word” on the state’s plan puts Disney in a new district controlled by the governor’s appointees.

“I think this is a fight that, if there’s going to be one, that Disney’s going to have to move forward with,” she said. “And I don’t think they’re ready just yet to decide which way they’re going to go. But they will. And I certainly wouldn’t want to mess with Disney.”