Orlando-area jobless rate, at 16.2%, is worst in state; Osceola is hardest-hit county 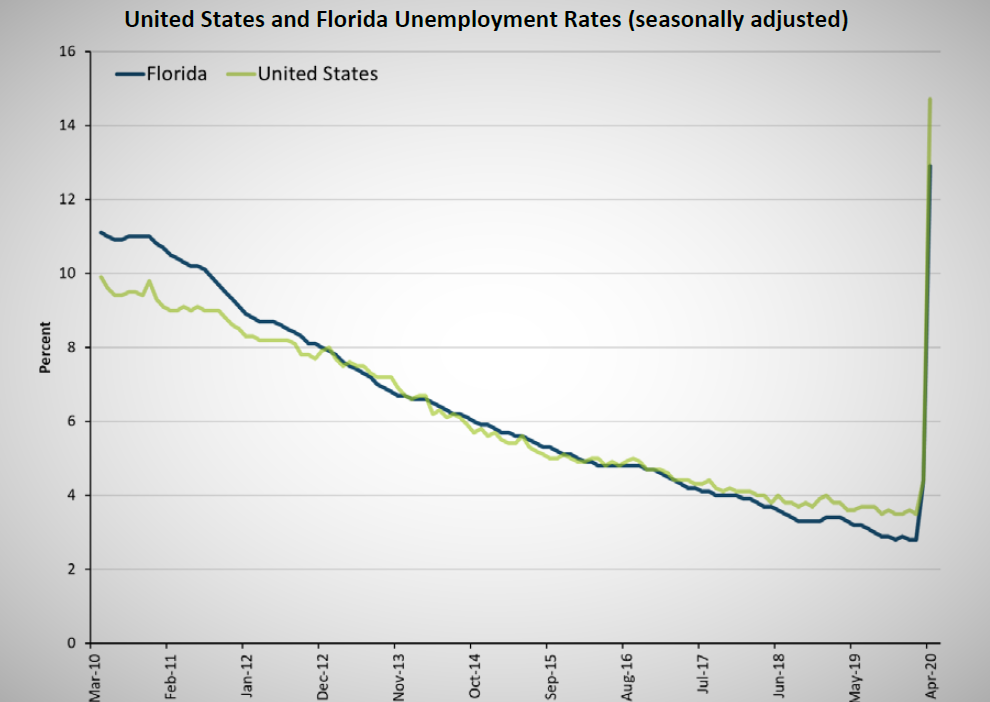 But things were even worse in the Orlando metro area, which also includes Lake, Seminole and Osceola counties. The area’s unadjusted jobless rate was 16.2%.

Forty-one percent of its jobs in leisure and hospitality disappeared compared to last year. That reflects the loss of more than 113,000 jobs.

Francisco Cadavid, a banquet server at the Orange County Convention Center, had one of them.

He says he applied for unemployment assistance on March 28. Despite repeated attempts and hundreds of calls, he has so far received just $600.

Cadavid thinks it will be difficult to safely bring crowds back to the convention center.

“It’s going to be a little tough, a little tricky how to do that,” he said. “So I don’t see it coming back right away. So I’ve just got to hunker down, I guess, just hold on tight.”

He’s just grateful his wife still has a job.

And the county government is asking the state to help out with millions of dollars from the CARES Act.

In February, Osceola County’s unemployment was a healthy 3-point-1 percent. Then tourism shut down because of COVID-19.

In March and April, its jobless rate rose 17 percentage points. And 30,000 county residents lost their jobs.

Osceola, unlike Orange County, didn’t get a direct dose of certain CARES Act funds. So it’s urging the governor to send the money.

“And if we get that,” Janer said, “we could give a lot more help, not only to people, but to our small businesses, which are also hurting very badly.”

Janer hopes tourists will feel safe. Until things open up and they return, she says, people will be out of work and hurting.