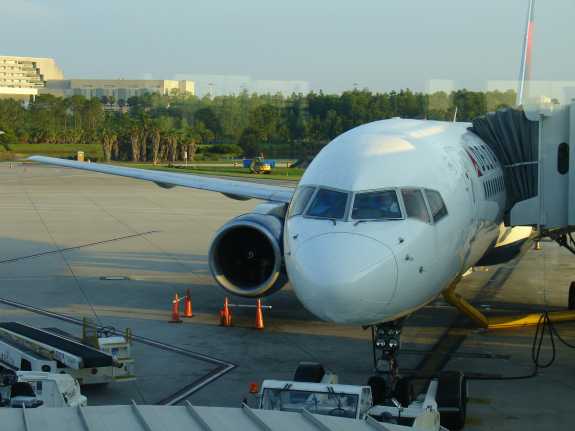 Opponents of Norwegian Air International Claim the low cost carrier would have an 'unfair economic advantage' over US based airlines on international routes. Photo- Matthew Peddie, WMFE

The US Department of Transportation has rejected a bid by low cost airline Norwegian Air International to immediately start new flights from Europe to the US.

NAI asked the US Department of Transportation for an exemption that would allow it to start service immediately, while the department reviews its application for a foreign air carrier permit.

One of the destinations would be Orlando International Airport.

Airport spokesperson Carolyn Fennell says non-stop international service like the flights offered by NAI has a a big impact on the local economy.

“International air service contributes some $2.8 billion in economic impact annually to Central Florida, so the decision to dismiss the Norwegian Air International application after some 9 months is disappointing,” says Fennell.

She says the Greater Orlando Aviation Authority is working to promote more direct, non-stop flights to and from the airport.

ALPA says the airline would have an unfair economic advantage over US carriers.

NAI says it’s confident it will eventually get the permits to fly.