Orlando Airport Officials to Vote on $1.8B Expansion 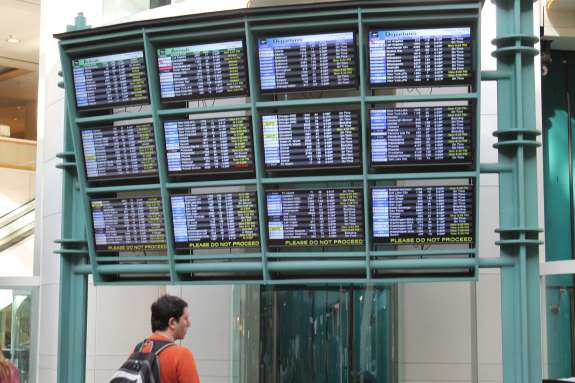 Board members will decide whether to approve a new South terminal that would add sixteen gates. Photo: Renata Sago, WMFE.

Orlando airport board will vote today on a $1.8 billion expansion to accommodate its growing number of passengers.

The new South terminal would have 16 gates for domestic and foreign travel. It could open as early as 2019.

Spokeswoman Carolyn Fennell said the project is on a list of goals that include adding more carriers.

The airport said it could reach a record-breaking 38 million passengers next year.