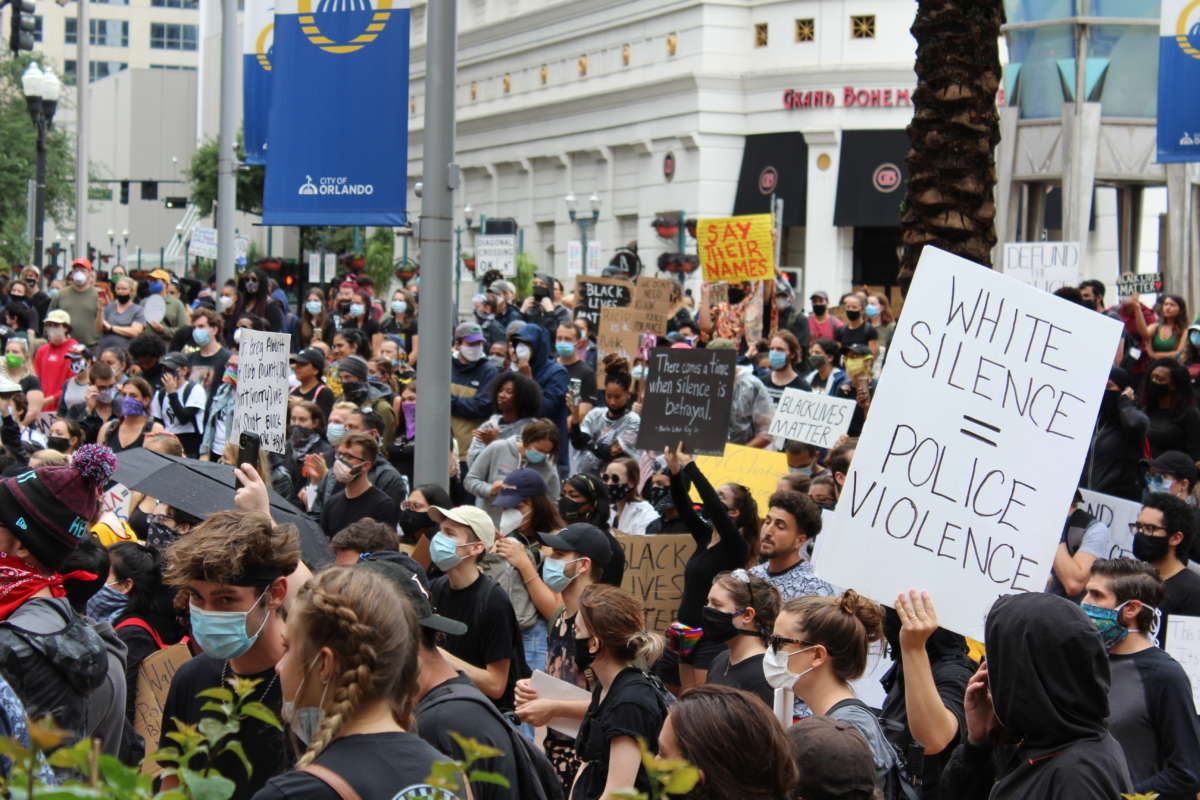 Two young Central Florida activists leading protests over the death of George Floyd say it is up to young people like them to push for systemic changes.

Angela Herrera and Akristionna King have been leading marches in Orlando since Floyd died at the hands of Minneapolis police several weeks ago.

Herrera said they are speaking out about racial inequality so others will act.

Herrera and King were guests Tuesday on The State We’re In – a Facebook Live show from WUSF and WMFE in Orlando- along with Rev. Kenny Irby, Director of Community Intervention with the St. Petersburg Police Department.

To see the full conversation and more of their efforts to lead the peaceful protests, visit The State We’re In Facebook page.