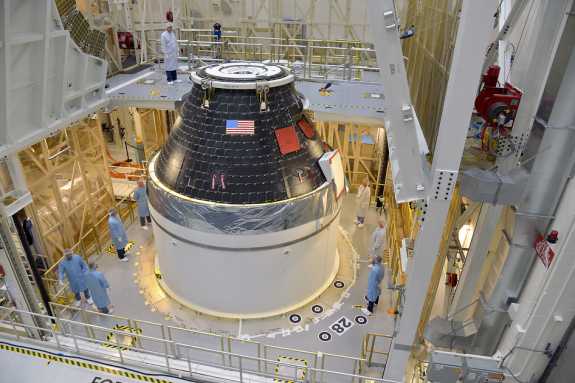 NASA has finished building the crew module of its newest spacecraft- Orion.

The spacecraft was moved out of the Kennedy Space Center facility Thursday where engineers have been getting it ready.

It was moved to a new facility where it will be fueled up with ammonia and hyper propellants for its test flight slated for December.

December’s mission- an unmanned flight about 3,600 miles into space- will be used to test out Orion’s safety features.

Eventually NASA aims to send Orion on missions to deep space- an asteroid and mars- atop a massive rocket called the Space Launch System.

Orion provides living quarters for up to three weeks. On longer missions, NASA says additional habitat will be added for extra space.