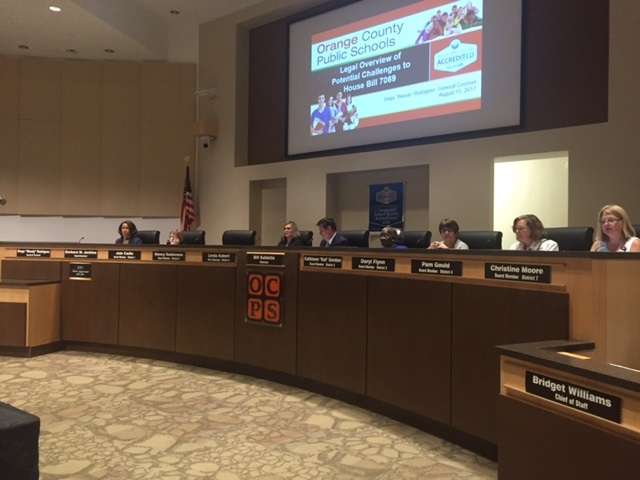 The Orange County School Board is moving forward on a vote to enter a lawsuit over the state’s new education law. They agreed at a workshop Tuesday night that they will likely vote on the matter at next Tuesday’s board meeting.

School Board Chairman Bill Sublette summed up the board’s feelings when he said this wasn’t about competition but about having control and supervision over the district’s charter schools.

Eight other school districts, including Volusia, have pledged to join a legal challenge over the new law. And Sublette said he thinks they’ll win the case.

“Florida constitution clearly specifies that local school boards, locally elected officials, are in charge of the control, operation and supervision of our neighborhood schools,” he said.

Sublet says Orange County Schools will contribute up to $50,000 a year from funds that aren’t taxpayer dollars.

He predicts the case will go all the way to the state supreme court, and that could take two to three years.