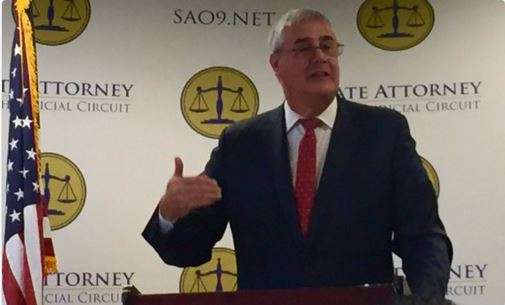 State attorney for the Ninth Judicial Circuit Jeff Ashton announces $1.4M in funding from the state legislature for his offices. Photo: Renata Sago.

The state attorney’s office in Orange and Osceola counties will receive $1.4 million to tackle human trafficking and domestic violence. The money from the Florida legislature will pay for investigators, paralegals, and victim witness counselors to help build cases. State attorney Jeff Ashton says it’s the largest amount of money his office has ever received directly from the state.

“This is huge. I mean, you know, to go to the legislature with the support of your community and to get this kind of funding increase is pretty unprecedented” he said during a press conference this morning.

“This will allow those people to sort of screen the cases and work with the victims and encourage them to cooperate—we’re going to train them in dealing with domestic violence victims—and we hope it’ll allow us to make more prosecutable cases because that’s what this is about.”

Ashton’s office will also collaborate with community partners and a public awareness campaign.

The funding will kick in July 1st.