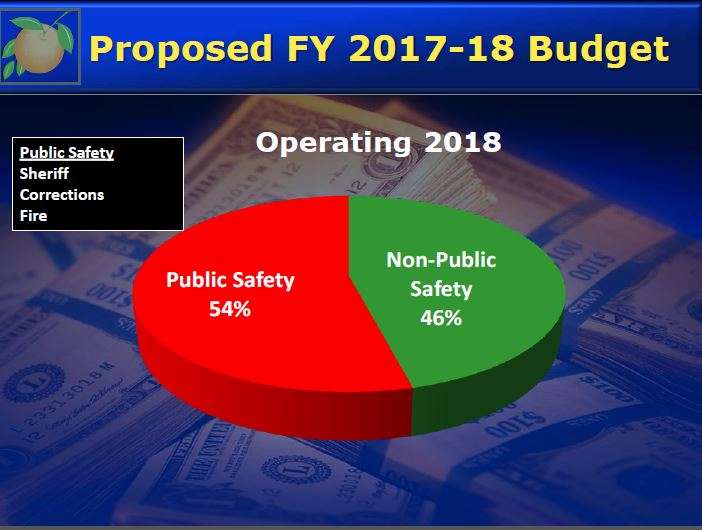 On Tuesday morning, commissioners will work through a $3.96 billion budget proposal for Orange County for the 2017-2018 fiscal year.  Under the proposal, 54% of the county’s operating funds would go toward public safety. The Orange County Sheriff’s Office would receive $234.3 million, an $18 million increase from the 2016-2017 budget. It would cover salary increases and 55 new positions, including 42 sector deputies and 13 support staff positions.

Orange County Fire Rescue would receive $172.5 million, a 4.4% increase from the previous budget year, to hire 44 firefighters. The hike would take effect as the county builds the first of three new fire stations as part of its major capital investment project, called INVEST.

The additional funding is due in part to revenue increased last year from property and half cent sales taxes.

Extra money will go the LYNX bus system as well as a program to expand affordable housing in Orange County and to fight the region’s opioid epidemic.

The first budget hearing will take place on September 7th.