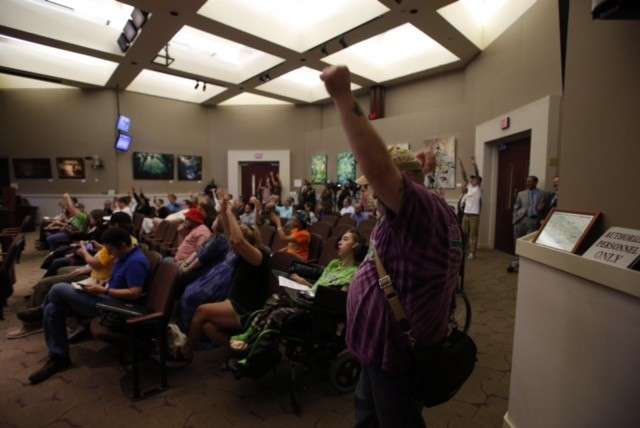 In a surprisingly strong move, Orange County commissioners unanimously voted this week to allow medical marijuana dispensaries in unincorporated areas of the county.

Rules from the Florida Legislature dictate municipal governments only have two options regarding dispensaries – they can either ban them outright or regulate them like any other pharmacy. Mayor Teresa Jacobs called that choice a “poison pill” at a Tuesday public hearing on two ordinances to ban or allow cannabis treatment centers. Jacobs and other commissioners say they were trying to uphold the will of 71 percent of Floridians who voted to expand medical marijuana via a constitutional amendment in 2016.

Orange County’s decision breaks the pattern of local cities, including Apopka, Winter Garden and Winter Park, who’ve chosen an outright ban on dispensaries. The City of Orlando has two clinics grandfathered into the process, but advocates say patients need accessible clinics closer to their homes to avoid exorbitant delivery fees.

In this political climate where it seems like no one agrees, conservatives, liberals and everyone in between showed up at Tuesday’s meeting advocating for the same thing – the right of patients to access medication that makes their lives better. After the vote, Jacobs said despite the fact that people think elected officials don’t listen, many came to voice their concerns. “What I love about local government is you can show up at this hearing, you can stand up and speak and you can change the course of history,” she says. That’s still pretty cool in our book, too.