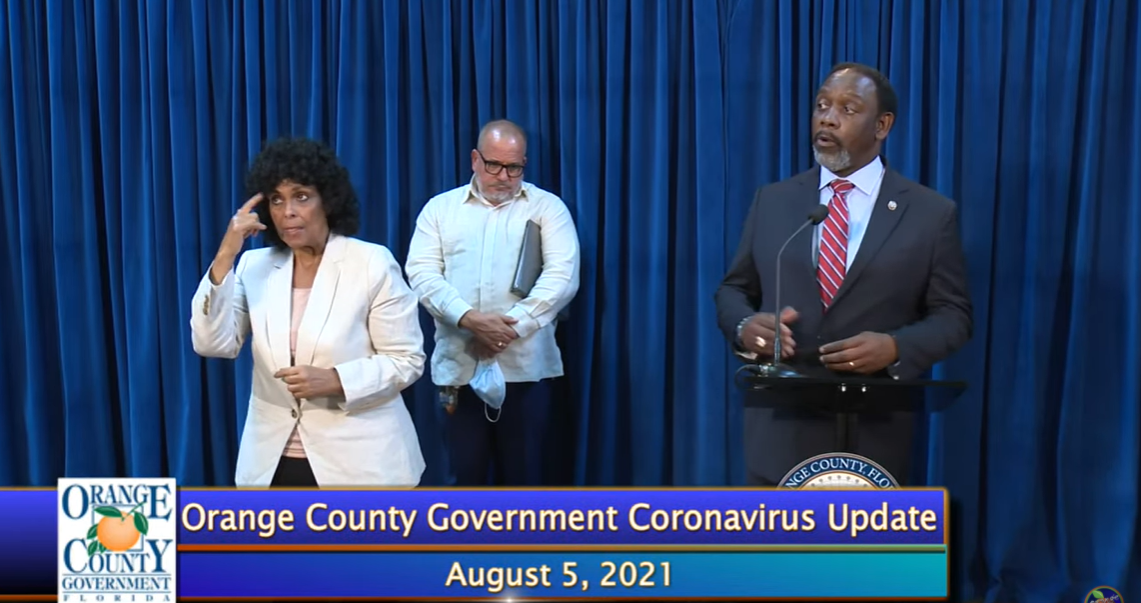 Orange County has seen an uptick in vaccinations during the latest coronavirus surge as 63 percent of eligible residents have gotten at least one dose of the shot.

Orange County Health Department Medical Director Dr. Raul Pino says there has been an increase in demand for COVID-19 vaccines.

Pino says those numbers are not huge, but they represent about an additional 250 to 300 people a day who are opting to get the shot. He says notably the countywide vaccination rate in 12 to 17 years olds who have received at least one dose of the shot has jumped to 47 percent.

“Uh which has increased since we were reporting to you a couple of weeks ago in the 20s and 30s. So there has been a significant move. So probably a lot of the increases that we have seen is in the younger population that is going for the vaccine. Which is critical to control this pandemic.”

“Now again the good news, I shared earlier, was that we’re seeing amongst the eligible group of individuals who can get the vaccine, we’re up to 63.43 percent of our population that is eligible has received at least one dose of the vaccine.”

Demings says the county is still shooting for herd immunity, which would be a 70 to 80 percent vaccination rate.

A county-wide emergency order has been extended for an additional seven days as the rolling 14-day positivity rate is over 20 percent this week.

As a community, let’s build immunity against COVID-19: https://t.co/luD7g03a0n