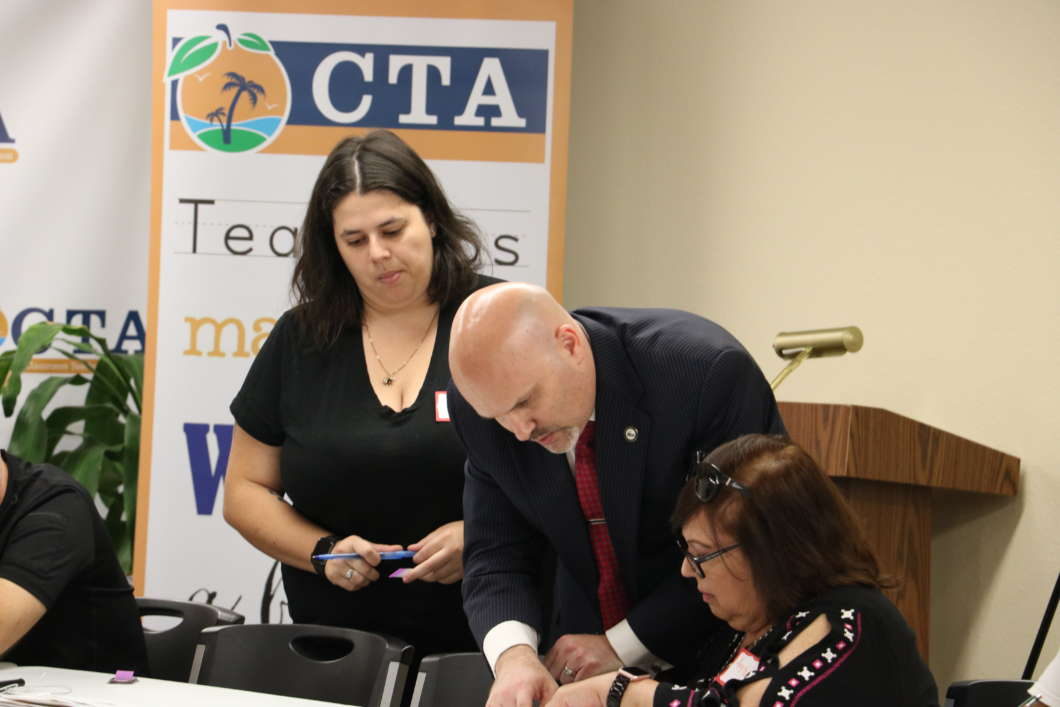 On Monday night, Orange County teachers were voting on a new contract that many of them oppose.

The proposed benefits plan included in the contract has angered teachers because it would increase monthly insurance costs, especially for teachers with families.

But teacher Rick Colgan hopes the contract will be approved.

Colgan worries if the contract is rejected the issue will be left to a judge, who Colgan says has not been favorable to teachers in the past. He also hopes an increase in salary will attract and retain teachers in the county.

Conversely, dozens who gathered Monday to watch the counting wore red in solidarity, to stand against the new contract.

Teacher David Grimm was among them.

“Yes or no, this has been a positive thing that’s happened because you’re getting teachers involved, you’re getting them informed,” Grimm said. “The parents and the community members are letting school board members know that they have expectations, that teachers are valued and that’s shown number one by salaries and benefits.”

Grimm says if the contract is approved, thousands will see raised annual insurance premiums, along with deductibles, out-of-pocket maximums and some co-pays.

If the contract is rejected, the Classroom Teachers Association will have to go back to the bargaining table and continue with negotiations.