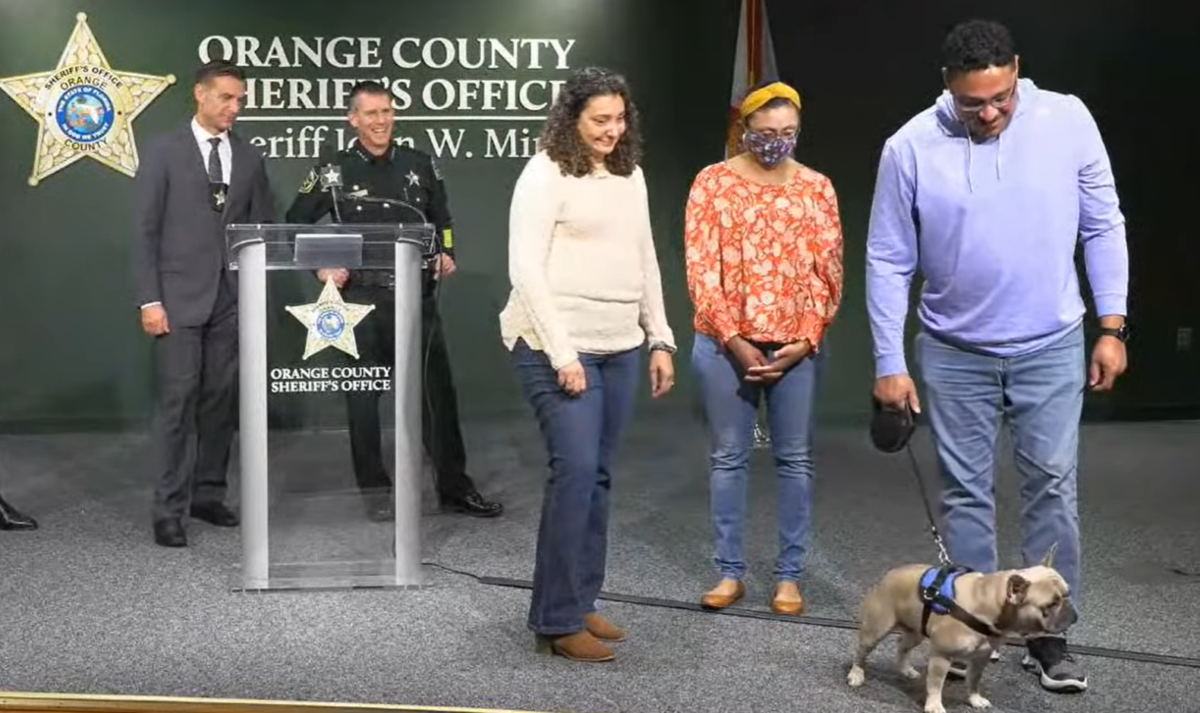 Bugsy and his owner, Johnny Matos, pose for photos after a press conference on Friday. Image: OCSO via Facebook

The French bulldog Bugsy is back with his owner in Orlando after being stolen at gunpoint months ago.

And the effort to find him uncovered what the Sheriff’s Office is calling a dog trafficking organization.

Orange County Sheriff John Mina announced Friday that he has filed charges against two men suspected in the armed robbery.

They are already in jail elsewhere.

One of them — 34-year-old Ronnie Baker — is also charged with stealing pricey puppies from pet stores in Bradenton and Largo.

The sheriff says the dogs were being sold or used for breeding. A third man would cut the microchip out of them.

At a press conference Friday Mina said: “When our detectives started investigating a robbery of a French bulldog named Bugsy who was ripped away from his owner at gunpoint on March 25th off of Hiawassee, they had no idea that it would lead them down this dark and disturbing road of animal cruely and puppy trafficking.”

“It was tough going to sleep at night,” he said, “when he’s not by your feet — I’m so used to that — and just playing back over and over again in your head what you could have done differently to not let him get taken.”

They found Bugsy in September through an associate of Baker and a Facebook page.