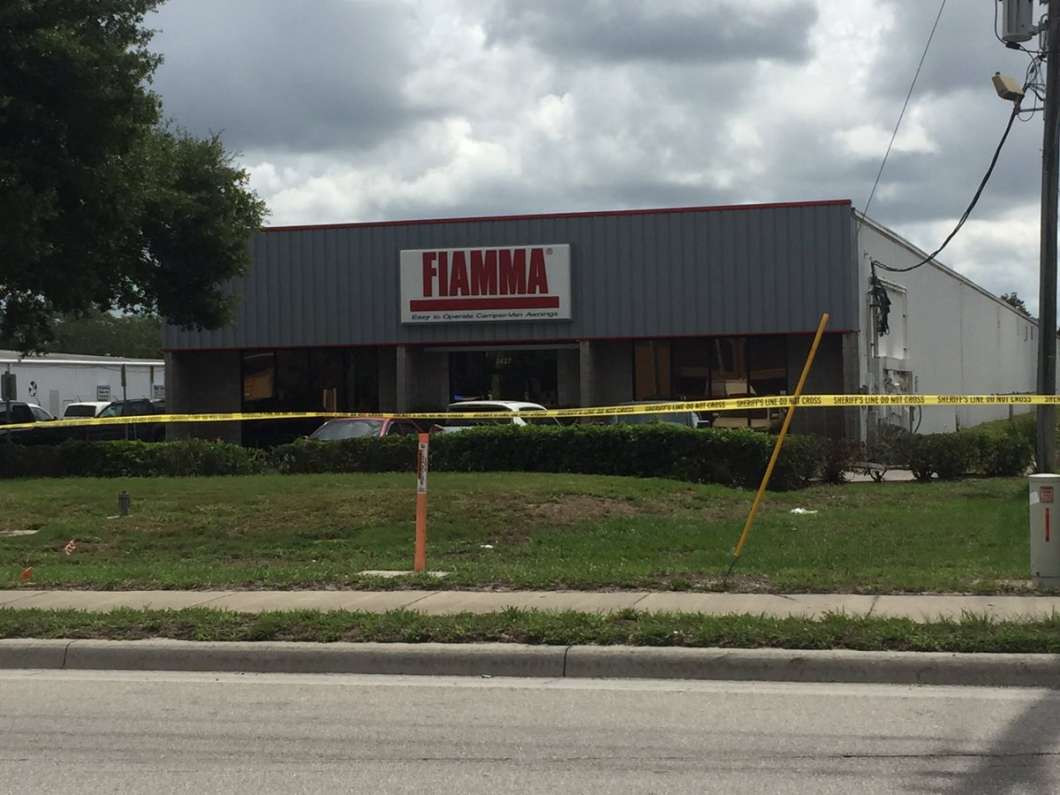 Officials have released the names of the five people killed today after a gunman entered an awning factory in Orlando and opened fire before killing himself.

Officials say 45-year-old John Robert Neumann Jr. entered Fiamma, Inc., located in an industrial park off Forsyth & Hanging Moss Road, with a semiautomatic pistol and a hunting knife and shot four men and one woman. He then committed suicide.

Deputies responded to the call at 8:03 am. By that time, three men and one woman had been fatally shot. One of the men was sent to Orlando Regional Medical Center where he later died. The names of the victims are Robert Snyder, 69; Brenda Montanez-Crespo, 44; Kevin Clark, 53; Jeffrey Roberts, 57; and Kevin Lawson, 47.

Officials are calling the incident an act of workplace violence.

“He was fired sometime in April,” said Orange County Sheriff Jerry Demings of the shooter. “So he was a disgruntled employee that came back to this business.”

Demings added that records show the shooter was involved in a workplace incident 2014 during which he allegedly battered another employee. No charges were filed in that incident.

“He was certainly singling out the individuals that he shot,” said Demings of Neumann.

Several law enforcement agencies have responded, including the FBI, the Florida Department of Law Enforcement, and Orange County Fire Department.

“We have no indication that this subject is a member of any subversive organization,” said Demings. What is known about the shooter’s past is that he was a veteran, having been discharged in 1999, and that he was formerly charged with possession of marijuana, a DUI, and a misdemeanor battery.

Todd Bluewater owns a company inside the Fiamma building. He knew the men and woman who were shot and described them as “good people.”

“Just to have it happen in your own place. Again, somewhere else just like the schools and everything else that you see—unfortunately, it’s just part of our communities now. It continues to be,” he said.

Seven employees were on-site and are being interviewed by detectives for further details about what happened. They were not injured.

This incident happened one week after a gunman entered Orlando International Airport causing it to be evacuated and delaying flights. It is also one week before the anniversary of the shooting at the Pulse nightclub that left fifty people dead and dozens wounded.

“When you here, say it all the time, ‘If you see anything suspicious, say something. Say something to someone in an official capacity. That’s the only way that we have a fighting chance to stop some of this from happening,” said Demings.