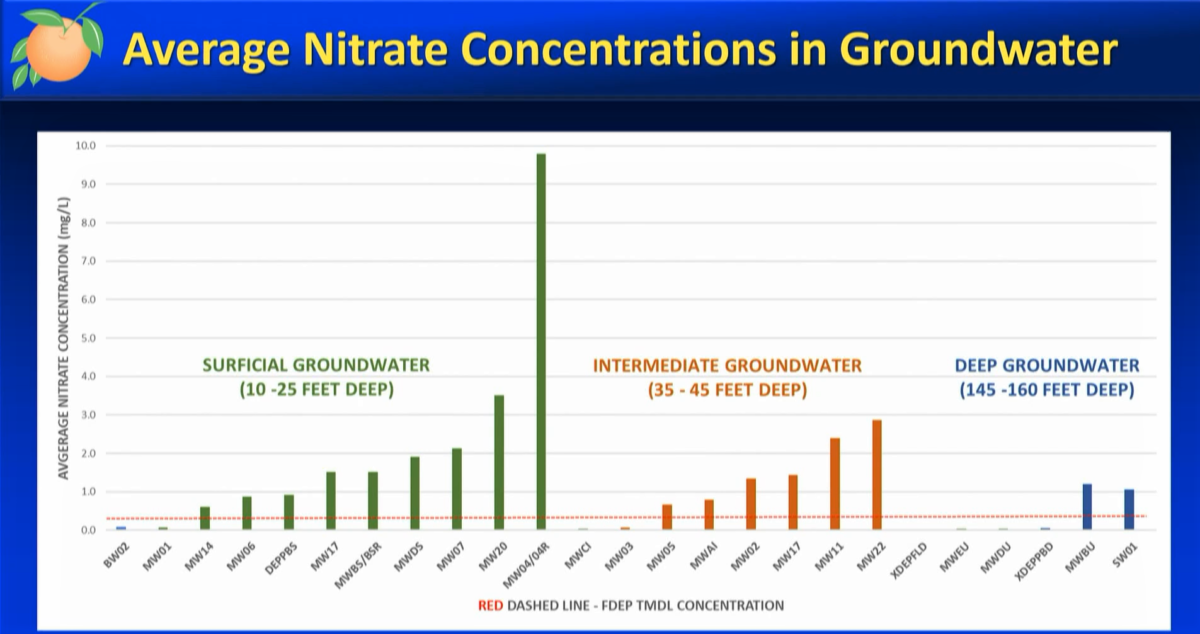 Staff members laid out their plan during a commission meeting Tuesday.

A years-long study of nitrogen in groundwater from the northwest part of Orange County near Wekiwa Springs shows levels far exceeding the limits allowed by the state.

And high nutrient levels have damaged many of the county’s water bodies.

Urban fertilizer is a major cause of the problem.

The county plans to limit annual fertilizer use to 2 pounds per 1,000 square feet, less than the 4 pounds allowed in Pinellas and Miami-Dade.

The new ordinance also would mandate a 65% slow-release fertilizer, prohibit fertilizing new lawns in the first 30 days, and drop an exemption that lets lawn companies avoid the summertime ban on fertilizer use.

“So anything that we do here to strengthen the protection is really a voter mandate,” she said.

Environmentalists backed the plan. A representative of lawn care and gardening company Scotts Miracle-Gro supported it, too, but not the 2-pound limit or the restrictions for new lawns.

The commission is expected to take up the new ordinance in February.