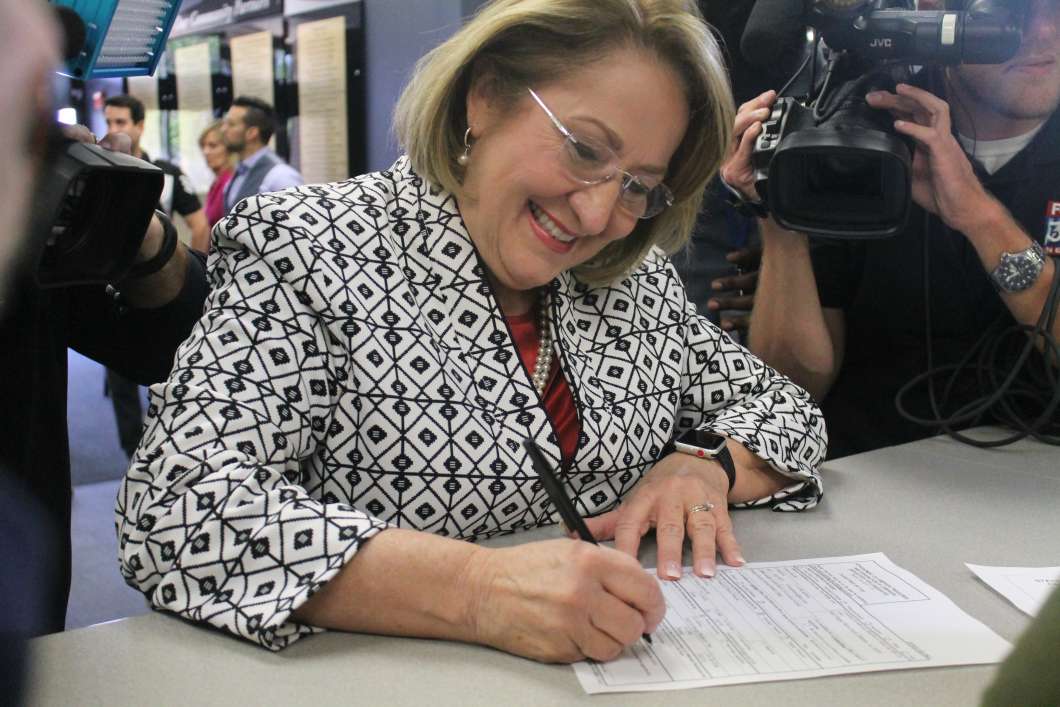 Orange County Mayor Teresa Jacobs signs paperwork for her run to be county school board chairwoman. Photo by Amy Green

Orange County Mayor Teresa Jacobs is running to be county school board chairwoman.

Jacobs announced her candidacy at the Orange County Supervisor of Elections office surrounded by family, friends and supporters.

She says she is attracted to the job as a mother and public schools graduate. She says she wants to raise the county school district’s profile locally and nationwide.

“At this point all I can do is ask for the voters’ support. Please give me four more years to see what I can do to make Orange County the best school district in America.”

Jacobs joins three candidates already in the race. She was elected Orange County mayor in 2010. Her term expires at the end of the year.