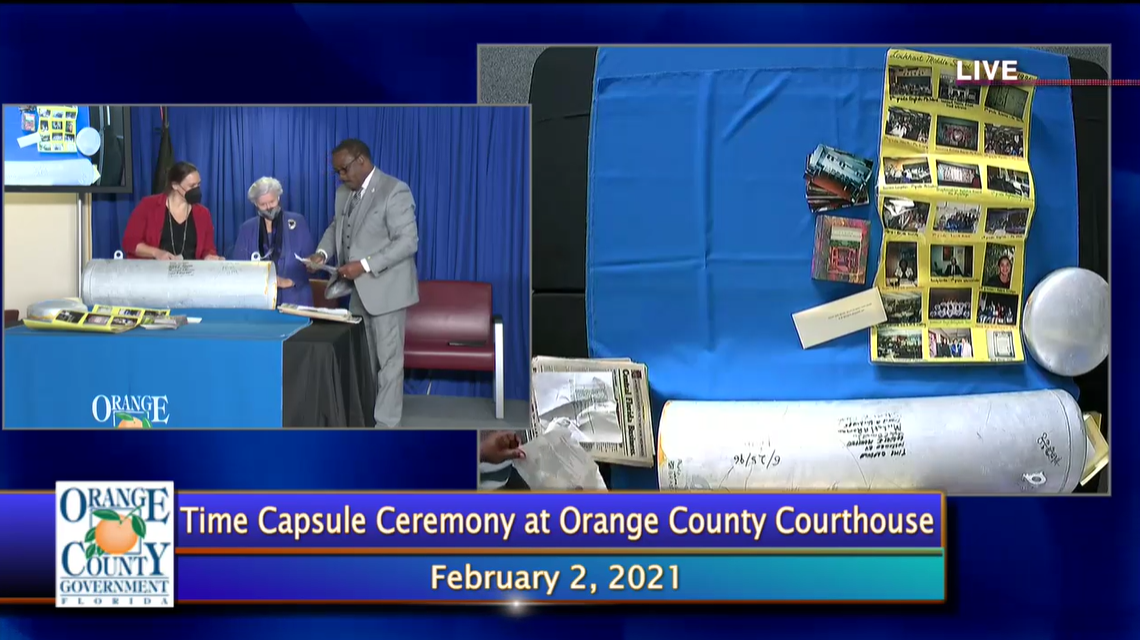 Current and former Orange County leaders opened a time capsule today that had been buried at what was then the construction site of the Orange County Courthouse in 1995.

Chapin spoke about what she remembered from that time more than 25 years ago.

“The Convention Center, we were talking about doubling the size of the Convention Center. My goodness some subjects never die. And Glenda and I were trying to figure out how to get light rail to the airport. I’m sorry that we left some tasks unfinished.”

Demings and Chapin explored the contents of capsule with the help of Orange County Regional History Center’s Pamela Schwartz.

Inside were photographs of school children, letters from jail inmates, and old clippings from the Orlando Sentinel and Orlando Weekly.

“Well, this one looks like it might be from an inmate at the Orange County Jail. I hope he’s not still there after 25 years. That’s a short-term stay. And other artifacts from that time.”

A sheriff’s badge from the 90s. Photo: Orange County Government