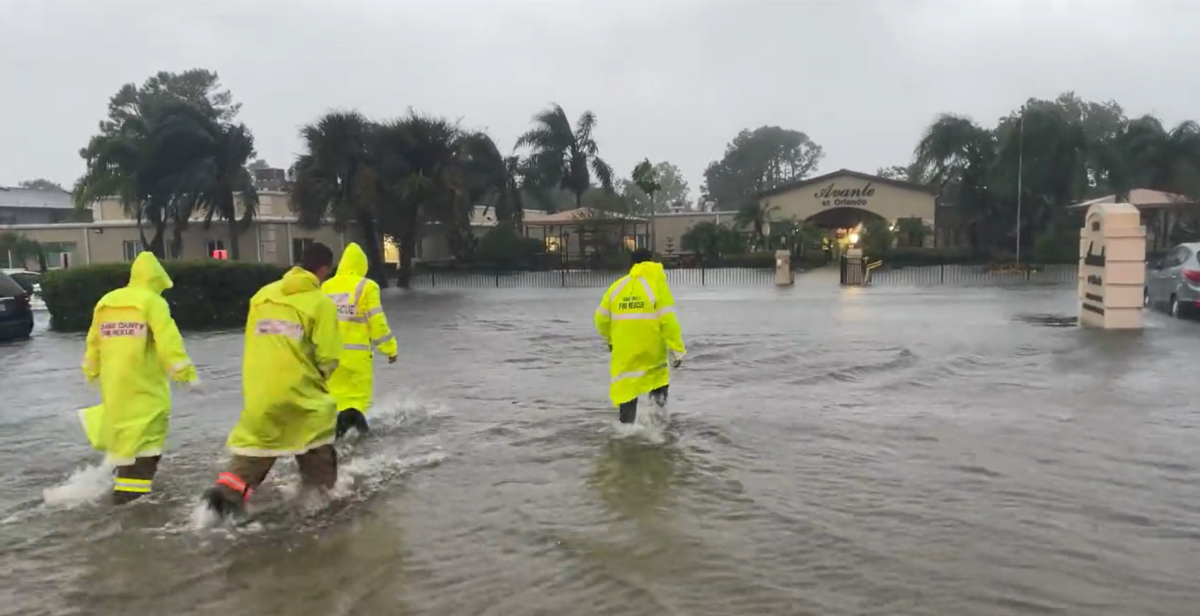 The flooding has also affected Riverdale Elementary School in Orlando, and the district is reviewing its options.

The rescuers used high-water vehicles to remove 120 residents of the Life Care Center of Orlando. The evacuees were taken to a sister facility.

“That was a significant mission for our firefighters and the National Guard last night,” Demings said a press conference Friday. “So let me just say to the National Guardsmen, Thank you for your assistance here within our community.”

He said crews have made rescues in the Orla Vista area, the Bonnie Brook and Cypress Landing neighborhoods, Hampton Court apartments, Oak Crest Community, and Avante at Orlando, a skilled nursing facility.

Orange County officials said that so far 1,696 people have been evacuated.

Orange County Public Schools spokesman Scott Howat said the district is assessing damage to properties though the county before deciding whether schools can open on Monday.

He said parents would be updated through phone, email and text messaging Friday evening.

“As of now we’re seeing major flooding issues at one of our schools, at Riverdale Elementary, which we’ve been talking about this morning and what options we will have for the students and family and employees at Riverdale,” he said.

Howat said that, if necessary, the district will look at options like alternative locations and, possibly, virtual learning. But the district has not received information from the state about that.

Howat said that Orange County students who were going to take the SAT on Saturday are “off the hook.” That test will have to be rescheduled.