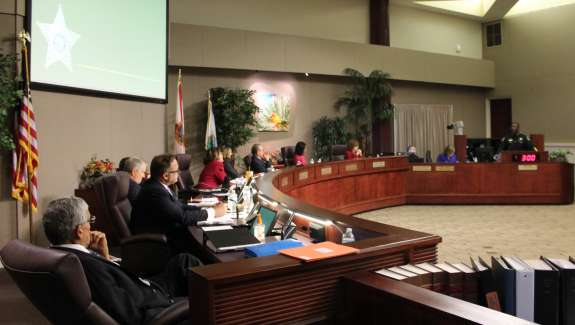 At a meeting today, the Orange County Board of Commissioners agreed to fund the sheriff’s department with half a million dollars in seed money to pay for 250 cameras.

Sheriff Jerry Demings told county commissioners the cameras will build trust and transparency and bring his officers into a new age where surveillance is commonplace.

“All that we’re doing is infusing into that system that we live in, but one more tool,” he said.

Demings plans to roll out 600 cameras over the next five years, at a cost of $3.5 million. The 34-year law enforcement veteran says residents have been vocal about wanting the cameras. However, he warns that the technology will not solve all problems.

“This is no silver bullet. It’s not going to solve all the issues that we have as Americans, as Floridians, as Orange County residents that we have concerning police misconduct,” he said.

The Orange County Sheriff’s office will develop policies for when to record and how long to store data as it deploys the cameras.

Officers will start using the cameras on a trial basis next month.