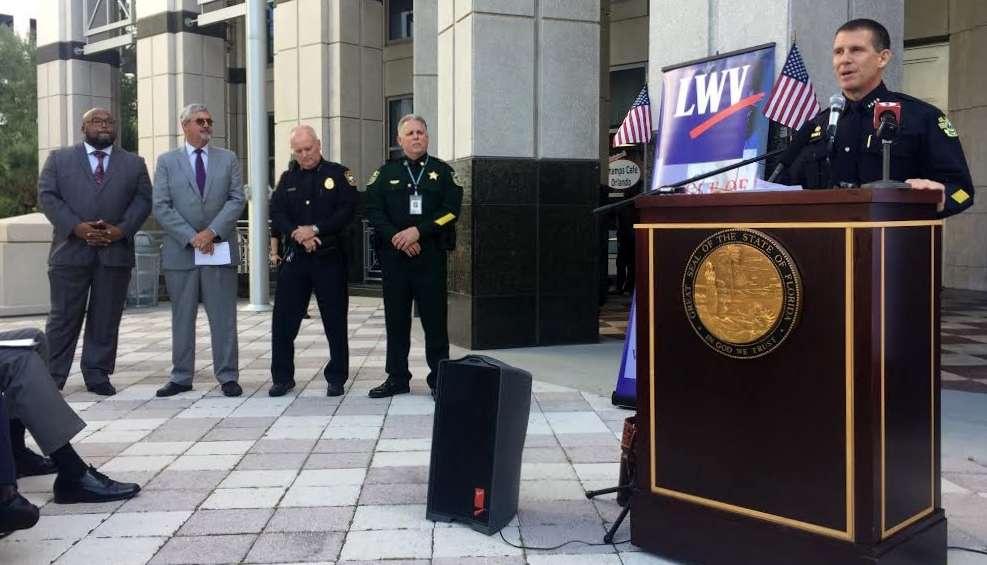 Some criminal justice reform groups believe the key to reducing the number of juvenile arrests in Orange County could be to replace handcuffs with civil citations. Photo: Renata Sago.

Orange County law enforcement agencies are planning to replace handcuffs with civil citations when dealing with minors. The latest figures from Florida Department of Juvenile Justice’s annual Delinquency Profile for 2015-16 finds that officers across Orange County have booked more than 6,547 youth in the past year and 7,003 the previous year. Those are the highest juvenile arrest rates in the state for the past two years.

The majority of these arrests have been for nonviolent offenses, including petty theft, vandalism, and disorderly conduct.

Criminal justice reformists and community groups, including the Orange County League of Women Voters, believe those arrests can stifle a child’s progress in school and adulthood. In instances of nonviolent offenses, they are pushing local law agencies to issue civil citations, which do not appear on a minor’s record.

“While Orange and Osceola are still lagging in the rankings, we are making some very significant progress here,” said Deirdre McNab, representative for the League of Women Voters.

“We just did two [citations] this week,” he said. “The officer mistakenly or, for whatever reason, filed charges with the state attorney’s office. Our manager went down, looked at the paper work and said, ‘Why don’t you just give him a civil citation,’ and it’s just a lack of training.”

State attorney Jeff Ashton lauded the civil citation program but also cautioned relying on it as the sole solution to handle juvenile justice. He said one of the unique issues facing Orange County is that law enforcement agencies each have separate ways of addressing minors with nonviolent offenses. He has recommended that the state attorney office have more discretion in determining which juvenile cases are charged.