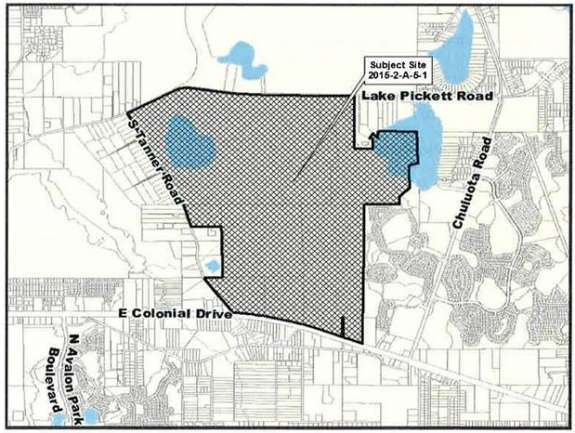 The developer of a controversial residential project in east Orlando now has the green light to move forward with his plan. On Tuesday, Orange County commissioners approved the proposed 1,200 acre development that has been dubbed an “agrihood.” The Grow would feature working farms next to 2,000 homes in the largely undeveloped Lake Picket area bordered on the south by Colonial Drive and located between Tanner Road and Bithlo.

Developer Dwight Saathoff’s is proposing that The Grow include walkable, green-minded amenities, making it the first agrihood in Florida.

His plan, however, would require the area to be rezoned, requiring more than one house for every ten acres. That change drew opposition from community members at the public hearing. They foresee the development bringing traffic to an area they say is already congested.

Saathoff will submit plans to the county for approval in a process that could take up to eight months.

The Orlando Business Journal reports it would cost $1 billion dollars to build The Grow neighborhoods.