Opinion: Death Of A Teenage Protester in Myanmar 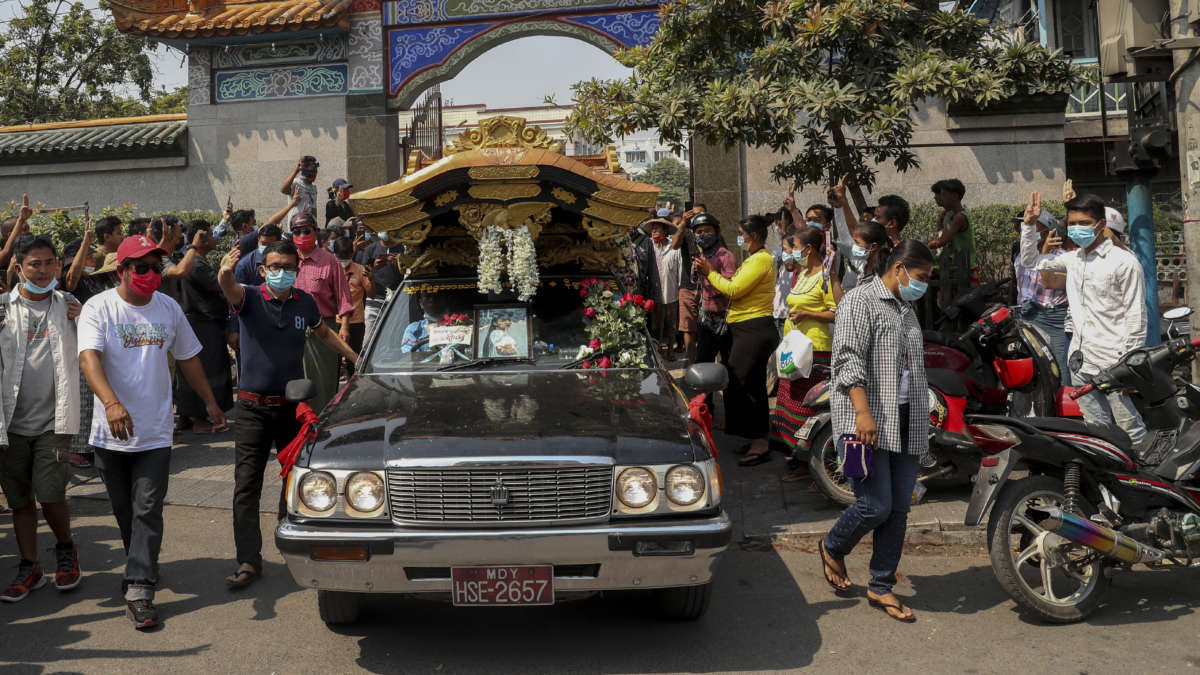 Kyal Sin was clear-eyed as she prepared to take part in protests this week against the military regime in Myanmar. The teenage girl wrote down her blood type in a Facebook post, should she be injured; and asked that her organs be donated should she die.

Her nickname was Angel.

The photo of Kyal Sin at that demonstration has been seen around the world by now. A young girl on the ground, reaching out, crouching behind protest banners, and wearing a T-shirt that says, “Everything will be OK.”

But police fired tear gas. Shooting started from security forces. Kyal Sin shouted, “Are we united?” and the protesters around her shouted back, in a chant, “United! United!”

Her friend Myat Thu told Reuters that Kyal Sin kicked open a water pipe so protesters could wash tear gas from their eyes. “She told me, ‘Sit! Bullets will hit you,’ ” he said when police opened fire. “She cared for and protected others.”

Moe Myint of the BBC’s Burmese Service reported that Angel was one of a number of teenagers who certainly died when protesters were attacked with live bullets and clubs. Precise numbers are hard to report in a dictatorship, but video images of military brutality have made it out all over the world on mobile phones.

Kyaw Moe Tun, Myanmar’s former ambassador to the United Nations, who has denounced his own government, told the BBC, “You see these last 3-4 days how many of our innocent and young lives have been taken away.”

The last images of Kyal Sin, the teenage girl known as Angel, may stir memories from other images in history, of innocent and hopeful young people, crushed by brutal events.

Neda Agha-Soltan, the young woman shot on the edge of election protests in Tehran in 2009. Admira Ismic and Bosko Brkic, the young couple shot in 1993 as they tried to dash across a bridge in Sarajevo to a place where their love between a Muslim and Serb would be safe. Mary Ann Vecchio, looking up in horror as she kneels next to the lifeless body of Jeffrey Miller in 1970, when four Kent State students were shot dead by the Ohio National Guard at an anti-war protest. Or the children, many in church clothes, and other people who were bitten by Bull Connor’s snarling police dogs, and bruised by water cannons during what was called The Children’s Crusade for civil rights in Birmingham in 1963.

A dazzling Angel’s life can be cut short. But her daring and sacrifice still inspire.