Opinion: 2 Students On A Bus Discover The Connection Of A Lifetime 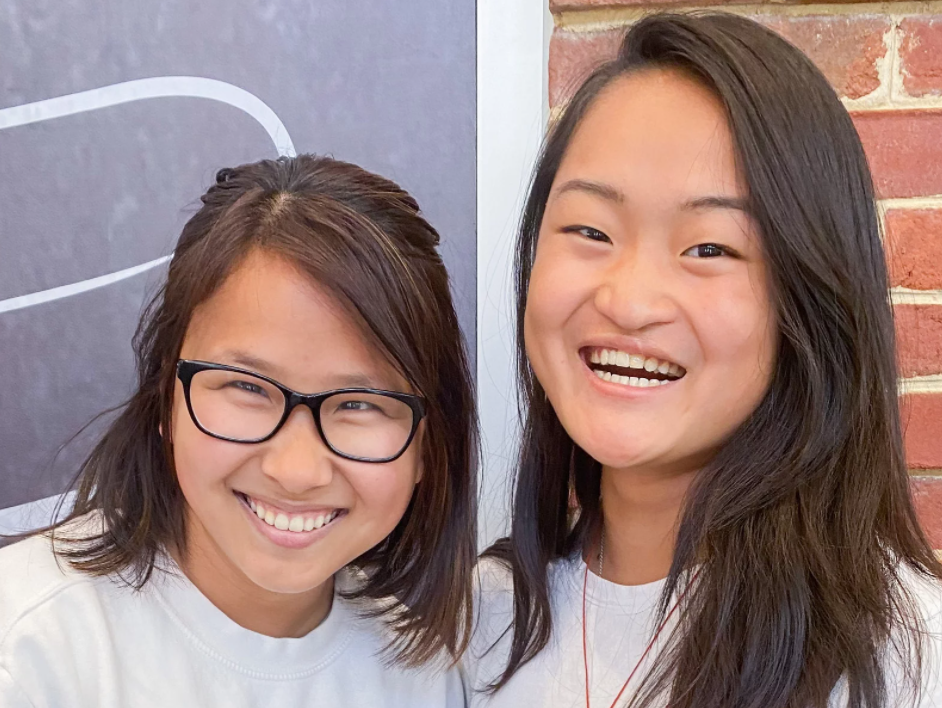 Ally Cole (left) and Ruby Wierzbicki show off the childhood photo that revealed a special connection.

Two strangers sat next to each other on a campus bus in Lynchburg, Va., recently and struck up a conversation. Ruby Wierzbicki is 19 years old and a freshman at Liberty University. Ally Cole is 21 and a sophomore.

“I like small talk,” Ally told us this week. “You learn things.”

The students began by asking, “What’s your major?”

“Where are you from?” followed. Ruby Wierzbicki is from Blairstown, N.J., Ally Cole from Olney, Md.

Ally ventured to ask … “Originally?” Both young women are of Asian descent.

“Actually,” said Ruby, “I was born in China. I was in an orphanage and adopted.”

“Me, too,” Ally Cole told her. “Do you know what orphanage?”

The orphanage where they lived is often one of the few details children adopted from China know about their early lives. They usually do not know who their birth mother is; many mothers gave birth in secret, rather than be forced by the government to end their pregnancies, because of China’s one-child policies that were in effect until 2015, and a prejudice for male children in many families. Some mothers left their children along roadsides, or in front of public buildings, where they hoped they would be picked up by tender, loving hands and brought to orphanages.

Ally and Ruby said, more or less at the same time, “I was in the Jinan Social Welfare Institute.” This astonishing discovery sent each young woman to her phone. Ally was 6 when she was adopted, Ruby was 4, and authorities gave their families orphanage photos on flash drives.

Ruby pulled up a picture of herself as a toddler on a blue slide at the orphanage. Ally thought the slide looked familiar — she had photos of what looked like the same slide, and the same playground toys and clothing.

Ally pulled up a group photo and pointed to a little girl in a puffy orange jacket.

“That’s me,” she said. Ruby pointed to the child right next to her, in a yellow coat with pompoms.

They’ve since found more photos of the two of them next to each other, at the Jinan Social Welfare Institute. Ally Cole and Ruby Wierzbicki were adopted just a week apart. And now they’ve met again, 15 years later and 7,000 miles away, special friends for life.

Ally and Ruby told us this week, “We see God’s fingerprints all over this.”

Two strangers got on a bus in Virginia and found out: They’re not really strangers.