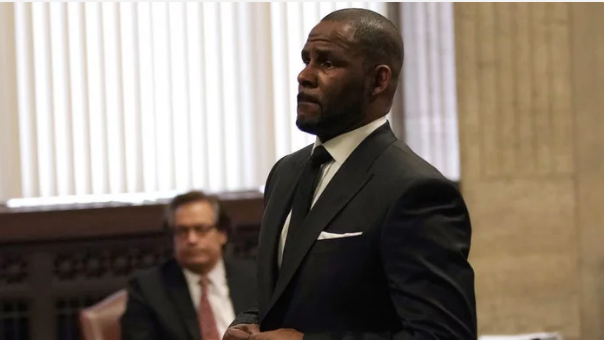 Singer, songwriter and producer R. Kelly was once hailed as the “king of R&B,” a hitmaker for himself and for collaborators who ranged from Celine Dion to Justin Bieber. On Wednesday, opening statements are scheduled in the first of two federal trials against Kelly, in which he is accused of luring young girls and women, sexual exploitation of a child, bribery, kidnapping, forced labor, and sexual trafficking across state lines. Kelly has pleaded not guilty to all charges.

Kelly has been held in custody since July 2019, awaiting the start of his New York trial. (A second federal trial in Illinois on separate charges of child pornography and obstruction will follow.) The lengthy delays in New York were due to the pandemic, superseding charges issued by both sets of prosecutors and rounds of shuffling on his defense team.

The jurors, who will remain anonymous and partially sequestered throughout the trial, include seven men and five women. The trial is expected to last about a month. Continued coronavirus precautions at the Brooklyn courthouse where the trial is taking place mean that the press and the public are being restricted to overflow courtrooms outfitted with video and audio feeds.

The federal prosecutors in New York are structuring their case similar to that of an organized crime case. The charges include racketeering — that is, that Kelly allegedly ran a criminal enterprise whose explicit purpose was “to prey upon young women and teenagers,” and that he was allegedly aided by managers, gofers, and others in his entourage — as well as sexually trafficking the girls and women across state lines.

The New York charges include six alleged victims — including the singer Aaliyah, Kelly’s former protégée, whom he married in 1994, when she was 15 and he was 27. The government is also hoping to have the jurors hear and see what they say is evidence of other, uncharged criminal offenses committed by Kelly between 1991 and 2018. Those other allegations include 20 Jane Does and one teenaged John Doe.