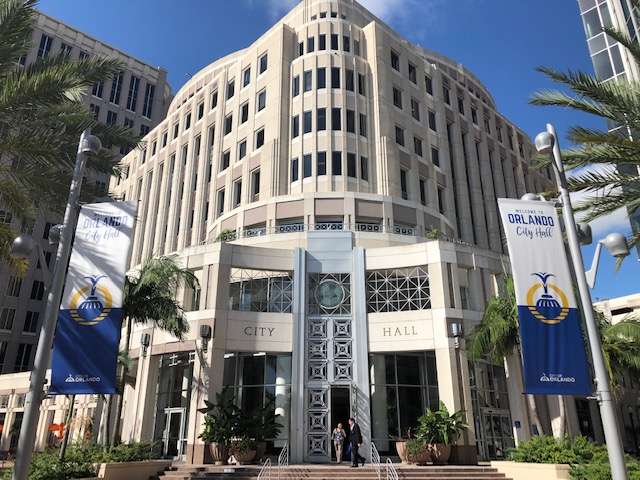 Colloquially, they’re called “the walking wounded” — officers who got permanent injuries on the job, but can still do clerical work, like writing reports and interviewing witnesses. They used to be able to do a desk job without a loss in pay.

Permanent light-duty started more than a decade ago when Val Demings was Orlando’s police chief. It’s being eliminated in time for OPD’s upcoming fiscal year.

Pension Board Attorney Robert Klausner said previous court rulings basically force the board to approve the pensions now that light duty is off the table.

“You can’t be too disabled to work and not disabled enough to get a pension,” Klausner said.

Rolon declined an interview request because of possible lawsuits. In a statement, the department said phasing out the permanent limited-duty positions will “help us ensure that as many officers as possible are on the streets patrolling.”

“The only thing I’ll say is it’s unfortunate we got to this point where we cannot maintain limited duty positions at the police department,” Smith said, “and I think it’s unfortunate the chief of police doesn’t see the value in this that then-chief Val Demings did at the time when she initiated this.”

It’s unclear if the officers forced into a disability pension wanted the pension or wanted to continue working. No one at the hearing, including the pension board, the police union, and the police officers impacted agreed to a further interview.