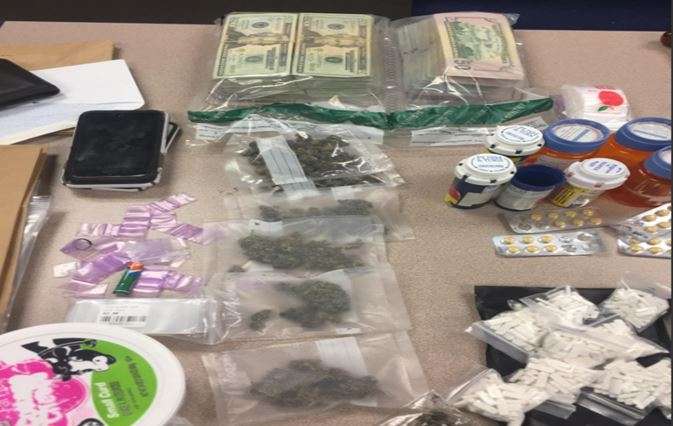 Fewer drugs may get in the hands of downtown Orlando club-goers. Law enforcement officials arrested three suspects accused of being in a drug distribution ring.

OPD detectives used undercover officers to buy drugs in downtown nightclubs and relied on confidential informants. Seized at two Metropolitan condos near Lake Eola and a third undisclosed location: more than 11-hundred grams of Xanax, more than 850 grams of cocaine, more than 400 grams of MDMA ecstasy pills and about 560 grams of cannabis, among other drugs.

OPD Lieutenant Darron Esan said 11 hundred grams of Xanax would have gone far because of how it’s used and the fact that they seized thousands of pills.

“Literally, thousands of pills and each pill, when a person takes a Xanax pill they don’t take an entire pill to get the effect, they only break off a portion of the pill to feel the effect,” said Esan.

The investigation started late last year. OPD confirms some of the drugs, including the Xanax, appear to have been purchased online from another country. Esan said the federal DEA has interest in taking over this ongoing case.