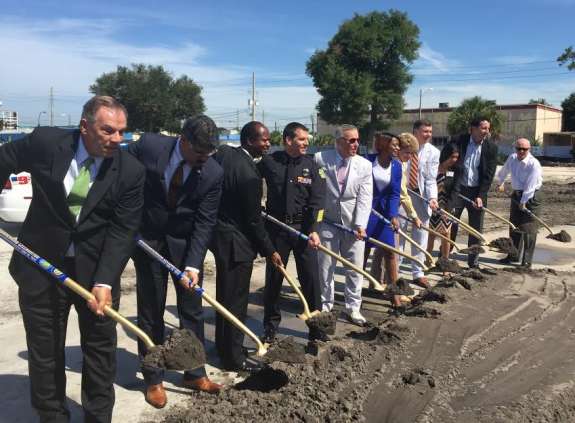 The 96,000 square foot facility will have a dedicated space for community residents to hold meetings. Photo: Renata Sago, WMFE.

What was once an old bus terminal is now the future site of the Orlando Police Department’s three-story, 96-thousand square foot headquarters.

City officials celebrated he groundbreaking of the new building in Parramore. The facility will include new technology and dedicated rooms for community events.

“We’re hoping to help revitalize it. You know, we’ve got Orange Blossom Trail. South and Anderson. We’ve got the 408, easy access to I-4, so operationally, this is a better location for us.”

District 5 Commissioner Regina Hill called the building a “catalyst” for the transitioning area.

The total project cost is estimated at $45 million dollars. Work should be finished by next fall.