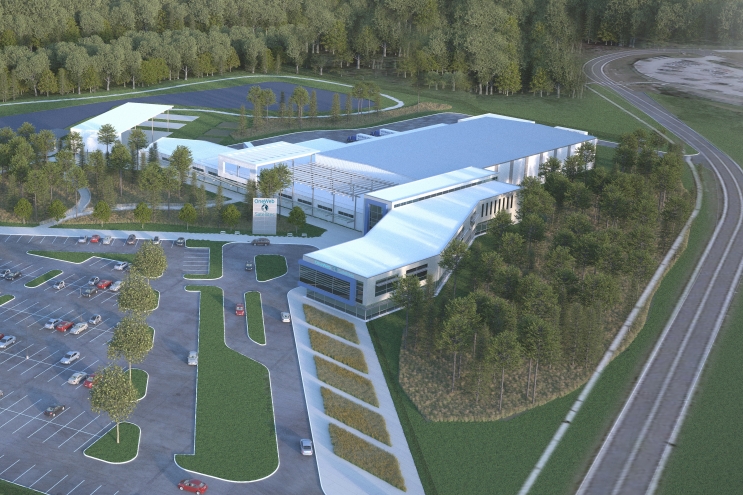 OneWeb is an internet provider with the mission of providing internet access to everyone. They’re partnering with satellite maker Airbus Defense and Space to build satellites that provide internet just about anywhere.

The company wants to get high speed internet to more people using a fleet of satellites that will blanket the globe. To do that, they’ll need to make a lot of satellites, around 15 a week, and get them into orbit.

Founder Greg Wyler says that the new plant’s proximity to Kennedy Space Center, along with a potential partnership with Virgin Galactic, will help get those satellites to orbit – and fast.

“Now we can launch, iterate, launch,” said Wyler. “In two hours, we can launch with Virgin Galactic so you’re looking at a very fast cycle of test, design, build and launch.”

Along with providing internet access to remote areas, Wyler wants to make sure it’s high speed. The planned OneWeb satellites provide around 10 gbps. To do that, the company will deploy the satellites in a lower orbit so it takes less time for the internet signal to “bounce off” the satellite.

The company received incentives from the state. Space Florida, the state’s aerospace business development agency, provided the infrastructure for the construction of the $85 million facility.

“The state’s made the investment, some $7 million in the ground infrastructure,” says Space Florida’s Frank DiBello. “We’re shovel-ready for a project like this.”

DiBello said there’s untapped talent in the area’s universities, too.

“The talent is the fundamental level,” said DiBello. “And the free flow of talent, not only from peers, but from the fresh-outs that are coming through our universities and through our various certification programs that drive the kind of talent onto the manufacturing line that we want to see.”

OneWeb plans to open the 100,000 square-foot facility next year.