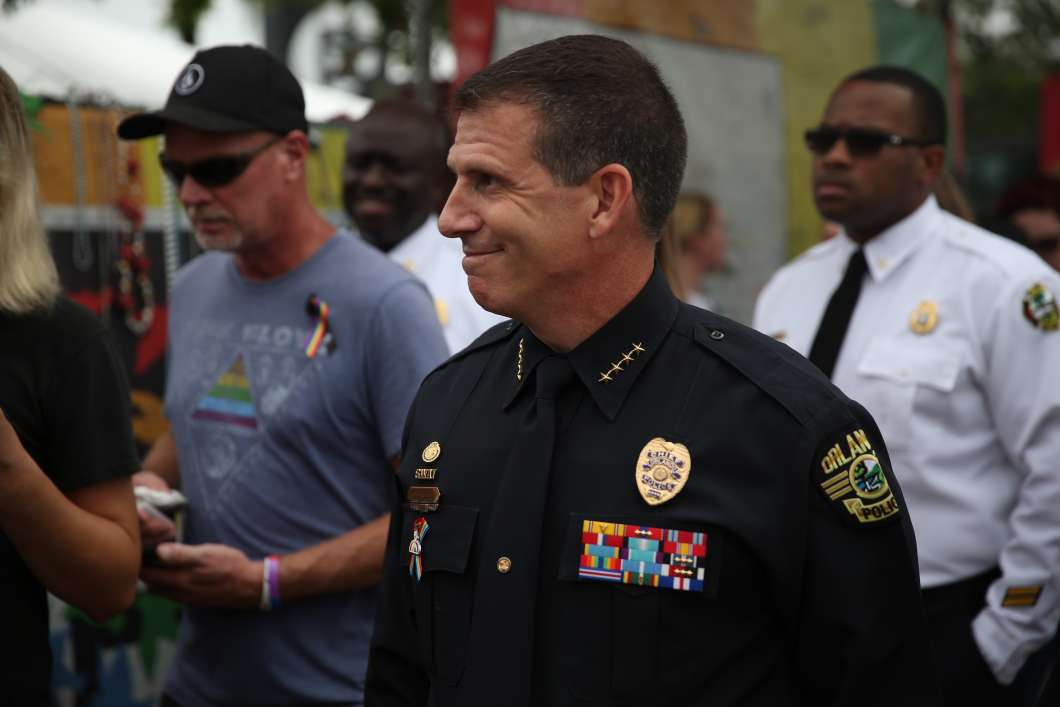 Mina attends a vigil at Pulse one year after the shooting. He served as Orlando Police Chief during the 2016 Pulse Nightclub Shooting. Mina is now Orange County's Sheriff. Photo: Joey Roulette

One year later, Orlando Police Chief John Mina stands behind his officers and leadership in response to the Pulse shooting.

After the shooting, there was criticism of the police’s response: Why did it take more than three hours to end the situation? Mina stands by his decisions that night to treat the standoff as a hostage situation

“There is no different policy, no word on a piece of paper, no sentence in an operational manual that would have changed the outcome that night,” said Mina.

The Police Foundation is conducting an after-action review on behalf of the Orlando Police Department, and the Florida Department of Law Enforcement, along with the FBI, is working on a separate investigation into the shooting.

Mina said his team did a “spectacular job” responding to the shooting, but they continue to tweak their training.

“We always adapt to things going on around the world, even out of own experiences, and always changing training to meet the needs that we think are there.”