One Man Arrested, Another Wanted for Questioning in Suspicious Fires 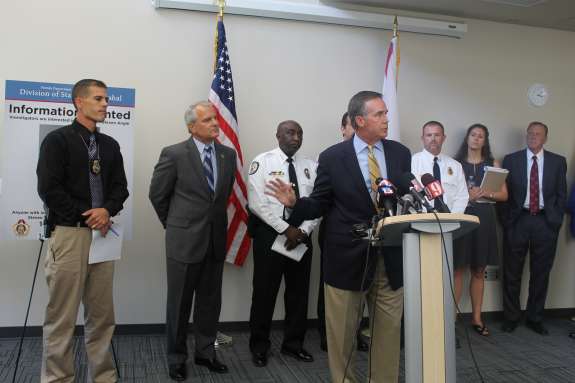 Authorities investigating a series of suspicious fires in Sanford have arrested one man and are seeking another man for questioning.

But they aren’t commenting on whether the fires are related to a similar string of blazes in Orlando.

Curtis Ray Smith is charged with first-degree arson and attempted murder in one Sanford fire. Authorities say a man was asleep in the house when the fire started but escaped without injury.

“And the one person we haven’t been able to find for an interview is Steven Angle, and at this point we’re actively looking to speak with him. We believe that he has information pertaining to some of these fires, and we need to interview him.”

Smith is being held without bond.

There’s been about two dozen suspicious fires in Sanford and Orlando since May. Authorities say they aren’t ruling out the possibility all of the fires are connected.