On World Bee Day, Let’s Hear It For The Bee Researchers 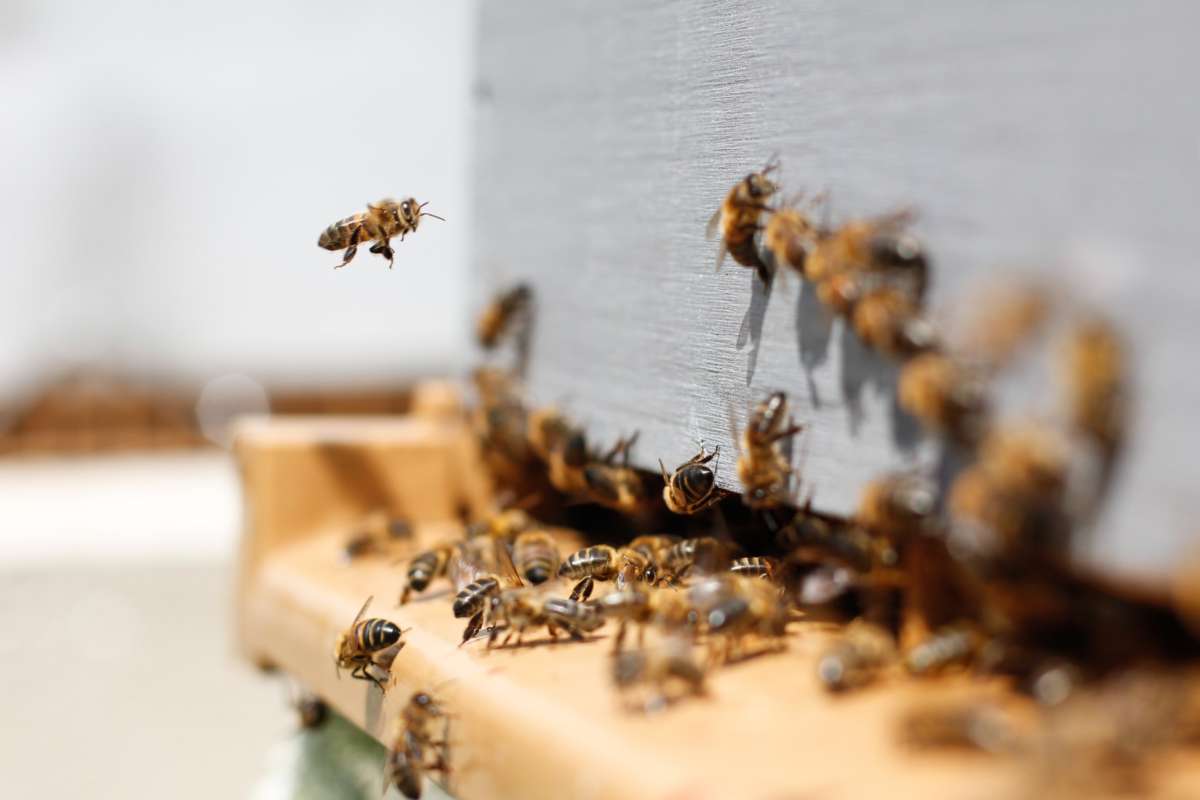 On Thursday, the United Nations celebrates one of the hardest workers on the planet: bees.

A couple million years ago, the area around the Lake Wales ridge near Lake Placid was a sandy beach, overlooking the ocean.

“Most of Florida would have been underwater. And as the seas receded, you’ve got these really unique habitats. So you’ve got certain insects that only occur on certain sand ridges. It’s almost like the Sky Islands out West or the Galapagos.”

Chase Kimmel is a University of Florida researcher. For the last year, he’s been living at the Archbold Biological Station near the ridge studying one of its rarest inhabitants: the blue calamintha. The bee is partly so rare because the plant it feeds on is also rare.

“So you’ve got a rare habitat that’s been fragmented, that goes to a rare plant. It’s just rareness on top of rareness.”

To study them, he needs to find them. And the bee is only slightly bigger than a pea. Kimmel tried luring them to nests he built himself.

“Drilling different diameters of holes and different lengths and standardizing these nests and putting them out all over. And then this year, we actually found the bees nest in the ground.”

And that just added another degree of difficulty.

“It’s hot. It’s hard to walk through. Sometimes it just comes down to luck if you end up seeing them.”

Ground nesting bees usually move into existing holes dug by beetles or other bugs. They might even use abandoned snail shells. But this bee actually digs its own hole.

Ultimately, the goal is to come up with better information about how to protect the bee, like how deep to dig firebreaks during wildfire season or how to restore plants the bee needs to survive.

Kimmel says he gets asked a lot about why we even try to save the blue calamintha. They’re not like honeybees, that help pollinate three-quarters of the planet’s food crops.

“Yeah, it probably won’t potentially affect some of the things that people eat worldwide or it probably won’t affect them in some ways. But it does affect the uniqueness and the biodiversity of this ecosystem. And I believe that’s worth preserving and worth understanding.”

He says the bees could also teach us about a new way of pollination or something that helps crops adapt to harsher conditions. Or maybe, it’s just worth preserving and understanding something, so we don’t lose what we’ve got before we even know it’s gone.