On Sunday, President Obama To Stump for Hillary Clinton in Kissimmee 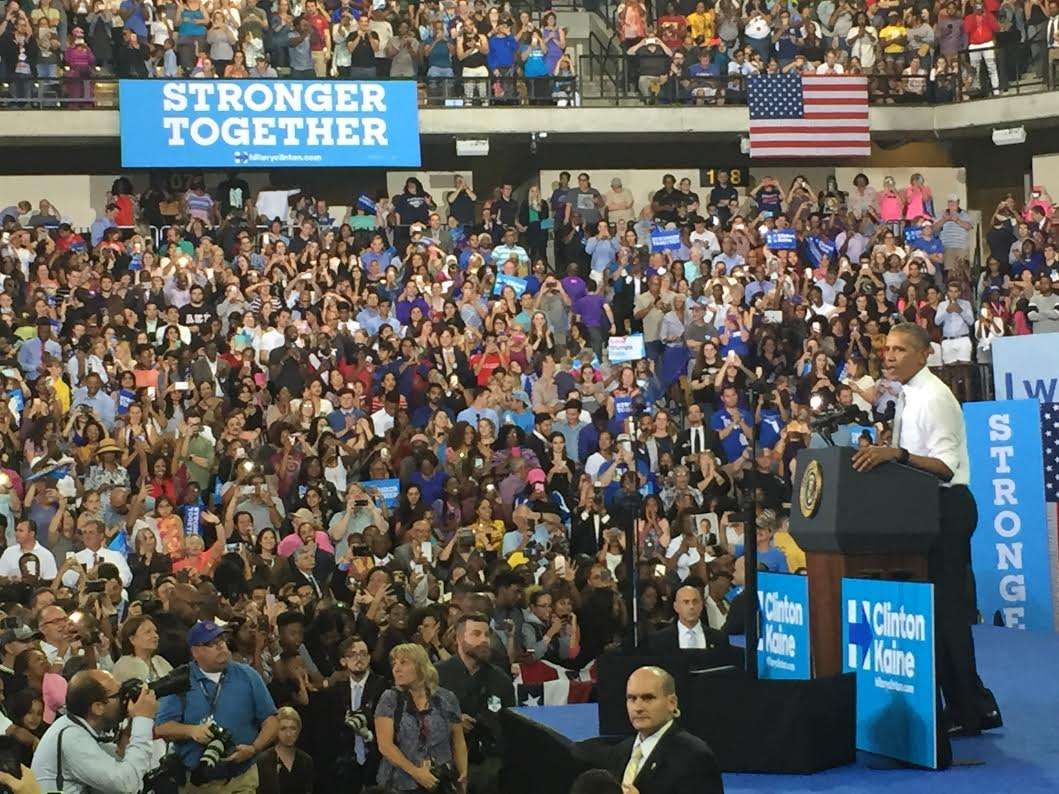 President Obama will make his second trip to central Florida in the last ten days to stump for Hillary Clinton on Sunday. This time, he will headline a Get Out the Vote event at Osceola County Stadium in Kissimmee. It is an area known for its bustling Puerto Rican community and its high concentration of voters who choose not to affiliate with Republicans or Democrats.

For the Clinton and Trump campaigns, these demographics are the key to winning Florida’s twenty-nine electoral votes on Election Day.

Though President Obama will make his appearance in Kissimmee on the state’s final day of early voting, he will tailor his message to disenchanted, on-the-fence voters who might be considering not going to the polls or voting for third party candidates on Election Day.

During a visit to Orlando last week, he spoke to young, undecided voters about the need to protect his legacy by electing his fellow Democrat and former Secretary of State.

Doors to the event in Kissimmee open to the public at noon Sunday.

President Obama is scheduled to speak at 1:30 p.m.