On May the 4th, let’s remember the time NPR had a ‘Star Wars’ radio drama 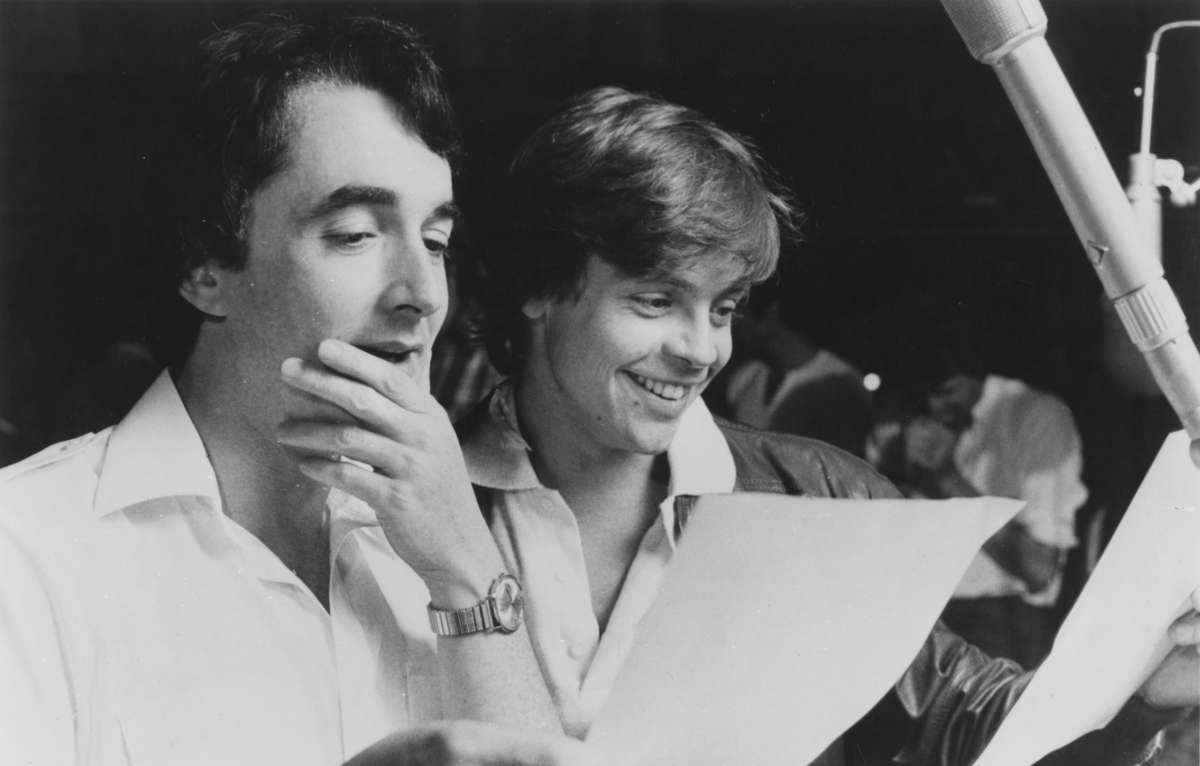 Mark Hamill (right) and Anthony Daniels reprise their roles of Luke Skywalker and C-3PO in the radio adaptation of Star Wars.

On this May the 4th, we want to take you back to 1981, when NPR turned its attention to Star Wars. That’s right: Some of you may have forgotten (and some might not even know) that the network created three radio dramas based on George Lucas’ original three movies.

NPR figured it could maybe get more listeners by reviving the radio drama, which had been out of fashion for some 30 years. So the network called Richard Toscan, then-head of the theater program at the University of Southern California. He remembers asking a colleague for advice on what story to dramatize: “There’s this long pause, and he says, ‘Create a scandal.’ ”

Toscan was at a loss. Then he mentioned the problem to a student. “And he said, ‘Oh, why don’t you do Star Wars?’ ” Toscan recalls. “There was the scandal.”

See, Star Wars was a commercial juggernaut. And as Toscan puts it, “Folks working at NPR thought, ‘Oh good grief, we’re selling out to Hollywood.’ ”

But if this was selling out, it sure came cheap. George Lucas had graduated from USC and was a fan of the campus NPR station. So after a little prodding, he gave away the radio rights to Star Wars for $1 — a public radio budget if there ever was one.

The producers brought in John Madden, a little-known theater director who had worked with the BBC. Madden says, “The idea of doing this seemed a complete hoot, but I was so up for it.”

And so were some of the movie’s stars: Anthony Daniels returned as the uptight protocol droid C-3PO, and Mark Hamill voiced Luke Skywalker. The Hollywood-public radio collaboration was so notable that there was a photographer in the studio to document it. Madden says Hamill, a radio newbie, was an absolute natural.

But turning a film known for its spectacular visuals into noncommercial radio wasn’t easy. The producers had to create 13 half-hour episodes from a movie that had only about 30 minutes of dialogue. They enlisted science-fiction novelist Brian Daley to write more back story and exposition. So for instance, the radio version has an extended scene aboard the Death Star that never appeared in the movie. In it, Princess Leia undergoes an excruciating interrogation at the hands of Darth Vader. Brock Peters plays Vader and Leia is voiced by Ann Sachs:

Sachs still gets the shivers when she thinks about taping that scene. “It was really scary,” she says. “I’ll never forget after it was finished, [Peters] came out to the greenroom and he gave me a big hug. And I kind of clammed up as he hugged me and he said, ‘Oh, you poor dear. I am so sorry.’ ”

Sachs says part of what makes that scene work is the mix by engineer Tom Voegeli. It didn’t hurt that Voegeli had access to John Williams’ music and Ben Burtt’s sound effects from the film. But it could still take him an entire day to put together just a minute of audio.

“Just choreographing Darth Vader’s breathing so that he wasn’t breathing in the wrong places,” Voegeli says. “You know, now you could take those breaths and move them on a computer screen and do it pretty easily.” Back then, Voegeli was mixing with reel-to-reel tape machines and editing with razor blades.

Toscan, the drama’s executive producer, says, “It was analog with a vengeance.” He says when the drama debuted in 1981, “We were all walking way out on a plank, I think, keeping our fingers crossed.” But it was an overwhelming success. The sleepy little network received 50,000 letters and phone calls in a single week, and there was a 40 percent jump in audience.

For Madden, the experience eventually led him to direct his own movies, including the Oscar-winning Shakespeare in Love. “We were making movies with the lights turned out,” he says of his Star Wars experience. “You know, movies to watch with your eyes closed.”

Editor’s note: A version of this story was originally published in December 2015.