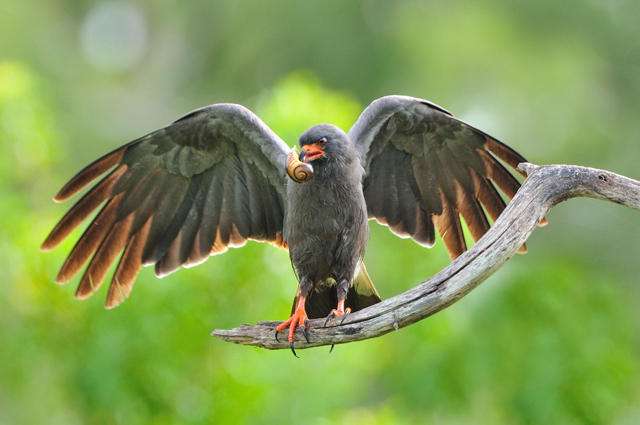 Some 44 Everglade Snail Kite nests were ruined on Lake Okeechobee as Irma raked the state.

Paul Gray of Audubon of Florida says it’s an important loss during an already weak breeding season. The number of nests statewide had been 130, down from more than 800 a year ago.

“It’s tragic that the kite nests got blown over, and we lost that nesting effort. But that’s kind of a short-term thing.”

He worries more problems are in store for Lake Okeechobee and the Everglade Snail Kite as the state’s largest lake is expected to reach near historic heights after Irma.

The Everglade Snail Kite is found only in Florida. It is an indicator species of the river of grass.