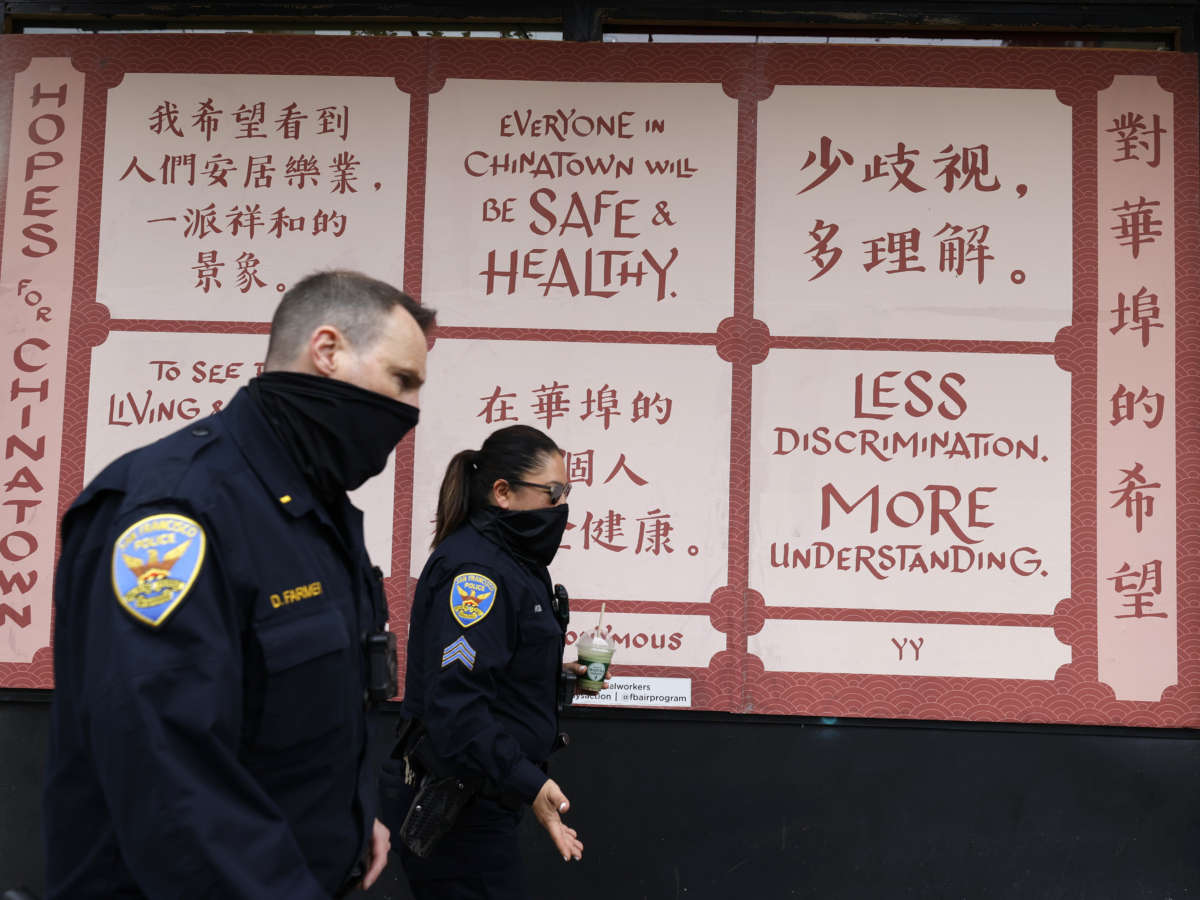 Lawmakers will hear testimony on discrimination and violence against Asian American people Thursday on Capitol Hill as a wave of incidents brings new urgency to the issue.

Asian American lawmakers requested the hearing before the House Judiciary committee last month as they seek federal action in response to attacks on their communities during the pandemic that have ranged from verbal harassment to physical assault.

From last March to February of this year, the organization Stop AAPI Hate has documented at least 3,795 such attacks on Asian Americans and Pacific Islanders since they began tracking hate incidents last year.

On Tuesday, eight people, mostly Asian women, were killed in shootings in Atlanta. Authorities don’t believe the suspect was motivated by their race, but say it’s too early to determine whether he will be charged with a hate crime.

The surge of recent attacks has spanned the country. There was a 27-year-old man who was assaulted in Los Angeles last month and an 83-year-old woman who was punched and spat on in White Plains, N.Y. last week. And Asian American seniors have been targeted in California’s Bay Area.

Stop AAPI Hate has identified Asian American women, youth and elders as particularly vulnerable groups. Almost 70% of the incidents they documented were reported by women.

On Tuesday evening, as news spread that six of the victims killed were of Asian descent, Manjusha Kulkarni, Stop AAPI Hate’s co-founder, said the violence in Atlanta was an “unspeakable tragedy” for Asian Americans “already reeling from high levels of racial discrimination.”

“I just had to take a pause,” Kulkarni said, “because this is now sort of that next level.”

Other witnesses will include civil rights advocates like John Yang, president and executive director of Asian Americans Advancing Justice, and the actor Daniel Dae Kim.

Yang said that while there are a lot of unknowns about the Atlanta suspect’s motives, the attack emphasizes the importance of Thursday’s hearing.

“What we do know is that the fear, the anger and the grief in our Asian American community is very real,” he said. “I want to make sure we give voice to that.”

Along with advocating for resources for victims and their communities, including mental health services, Yang said he plans to ask lawmakers to publicly condemn the racist attacks.

He added that in order to prevent further incidents, there will need to be an educational effort to combat pervasive racial stereotypes, including “the model minority myth, the perpetual foreigner myth and in particular with respect to what happened in Atlanta, the sexualization of Asian women.”

Kulkarni of Stop AAPI Hate also plans to advocate Thursday for federal funding for local programs that provide direct support and case management to victims of hate incidents. She and Yang both said they would like to see a more developed federal civil rights infrastructure that would address discrimination that doesn’t rise to the level of a crime.

The House Judiciary hearing is one piece of a larger federal response that Asian American leaders have been pushing for under an administration they see as more receptive to their concerns than former President Trump, who used phrases like “China virus” and “Kung flu” to describe COVID-19.

On Wednesday, President Biden said he was “making no connection” between the recent attacks on Asian Americans and the shootings in Atlanta and would wait to say more until an investigation from the FBI and Justice Department is completed.

“Whatever the motivation here, I know that Asian Americans are very concerned,” he said from the Oval Office. “As you know I’ve been speaking about the brutality against Asian Americans for the last couple months and I think it is very, very troublesome.”

In January, Biden signed a memorandum condemning racism and xenophobia against AAPI communities and in his first primetime address last week, he called out “vicious hate crimes against Asian Americans, who’ve been attacked, harassed, blamed and scapegoated.”

“You can’t have one meeting and say O.K., we heard you, we’re done,” she said. “But I think we walked away feeling like, ‘wow, this is different.'”

White House Press Secretary Jen Psaki said on Wednesday that Biden’s domestic policy team and the Department of Justice are continuing to host listening sessions like the one Yoo attended.

Rep. Meng and Sen. Mazie Hirono, D-H.I., are also pushing for congressional action on violence targeting Asian Americans. Last week, they reintroduced a bill that would designate a Justice Department employee to take on an expedited review of hate crimes related to the pandemic.

But Yoo and Kulkarni both warned that depending on law enforcement would not solve what they see as a larger racism problem.

“People are saying we need cops, but a lot of what is happening isn’t criminal,” Yoo said.

According to Kulkarni, at least 90% of cases documented were hate incidents rather than hate crimes. She said although these incidents, like being verbally harassed on the street or discriminated against at work, might not qualify as hate crimes, they “really do impact the lives of Asian Americans and Pacific Islanders.”

“There’s an emphasis on the hate crimes piece,” Kulkarni said. “But [policy makers] just won’t be addressing most of what’s happening to Asian Americans if that’s all they do.”

AAAJ’s Yang sees Thursday’s hearing as a chance to convey the severity with which the recent attacks have impacted Asian American communities.

“I hope that because of this testimony [lawmakers] will have the courage to speak out against the violence and to give visibility and protection to the Asian American community,” he said. “I hope they understand why what’s happening now has been so deeply traumatizing.”