On 4/20, it’s high time to talk about Florida seniors and medical marijuana 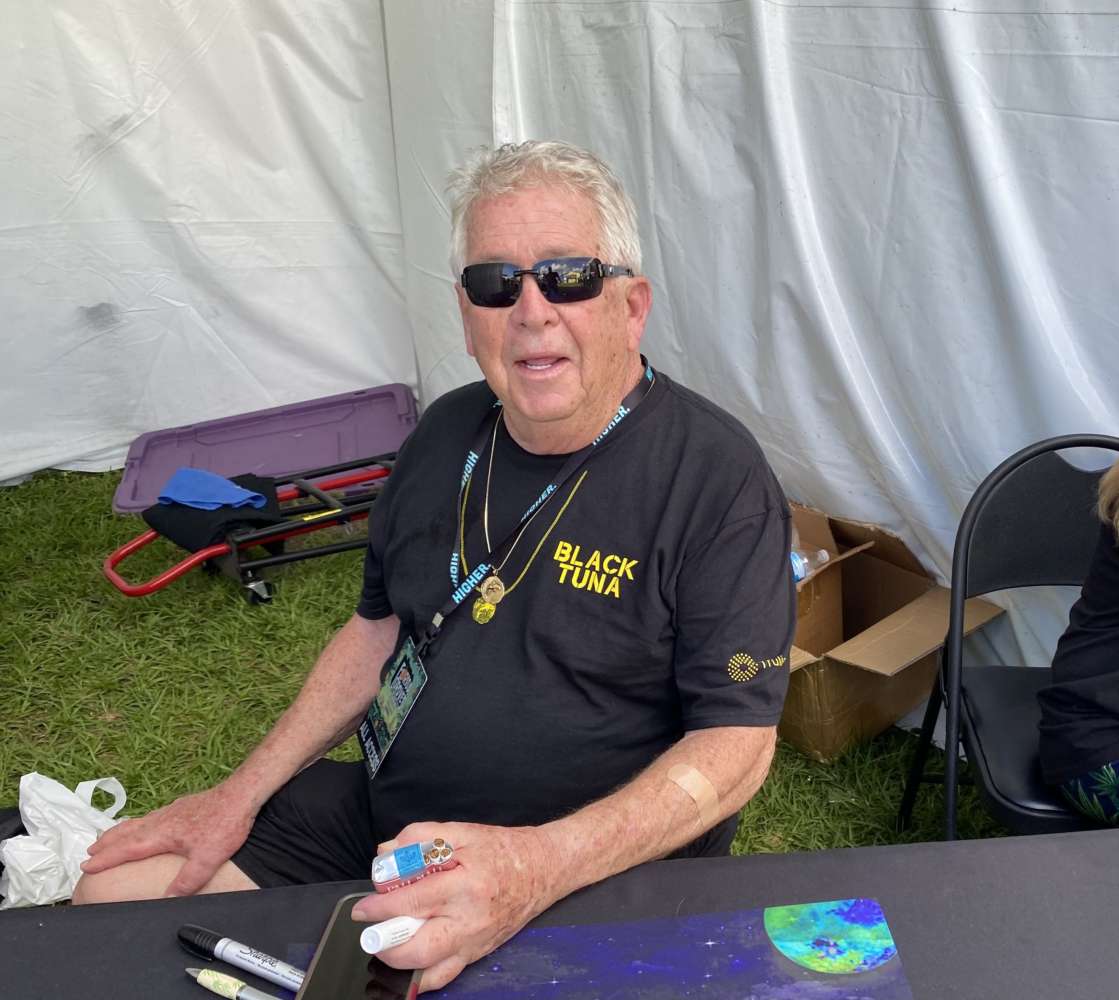 Floridians are getting their medical marijuana cards at an unprecedented rate.

For some seniors, it’s like a miracle drug that reduces pain or anxiety or helps them sleep. But medical experts are concerned that the stuff they buy at dispensaries has not been studied and approved like other medicines. The research is especially thin when it comes to the effects of marijuana on seniors.

In the 1970s, the feds labeled marijuana smuggler Robert Platshorn the kingpin of the Black Tuna gang.

Now, at 79, he calls himself “a happy tuna” and sells medical marijuana legally for Florida’s largest dispensary.

“I’ve got the best-selling strain in all of Florida called Black Tuna,” he said recently while prepping for the Groves Fest in Orlando. “So they gave me a present. All I had to do was spend 30 years in prison. And that’s what you call turning lemons into real lemonade.”

He’s a self-described pitchman who helped change attitudes toward cannabis. He created the Silver Tour for retirement communities, where he first advocated to change the laws and then got seniors to try medical marijuana.

Florida is one of 37 states plus the District of Columbia that allow medical cannabis, according to the National Conference of State Legislatures. Florida has more than 400 dispensary locations and 2,500 marijuana-qualified doctors.

Here’s a state breakdown of the conditions patients are using medical marijuana for: PTSD 38.7%, unlisted medical conditions like the  others 27.1%, chronic nonmalignant pain 13.6%, MS 11.0%, cancer 3.8%, Crohn’s disease 1.9%, epilepsy 1.1%. The remaining conditions — glaucoma, HIV, AIDS, ALS, Parkinson’s and terminal illness — are each less than one percent.

In the past couple of years, the number of Floridians using medical marijuana has doubled to more than 700,000.

And a lot of those are seniors, like retired U.S. Army helicopter pilot Peter Kalogris of Mount Dora, who has an injured back and uses a motorized wheelchair.

“They say, ‘What’s your pain level, zero to ten?’ You know, I start at six,” he said. “When it gets bad enough, if I smoke marijuana, that pain goes away and gives me a mental attitude that says I can handle anything. And that’s the beauty.”

Kalogris, 78, says he switched to marijuana to escape the overuse of prescription opioids.

Not a normal medicine

Though it’s called medical marijuana, it lacks the basic approvals and quality controls of prescription medicine in America, the FDA’s rigorous framework that evaluates the safety and efficacy of drugs treating particular conditions.

“[T]he cart is so far ahead of the horse right now that it can’t even see the cart,” said Dr. Kenneth Finn of Colorado Springs, Colorado.

Finn is the editor of the comprehensive text “Cannabis in Medicine: An Evidence-based Approach.” He has concerns about contaminants, drug interactions, dosage, safety and much more. He says there’s a lack of research focused on seniors.

On the other hand, neuroscientist Martha Rosenthal says there has been a lot of research on clinical uses of cannabis, though it’s hard because the drug is still illegal at the federal level. Rosenthal said it’s one of the safer substances.

“Are we behind in that people are using it for everything?” she asked. “I think we are maybe over-exaggerating its uses. It’s not going to cure everything in the world. It’s just not.”

Consortium tackles the need for research

At the University of Florida, Dr. Robert Cook notes that nobody’s doing a clinical trial on the actual medical marijuana being sold to hundreds of thousands of Floridians.

“It’s mostly hype,” he said, “and it’s mostly what people think and very little based on any hard data on the products that are in the dispensaries.”

He is associated director of Florida’s Consortium for Medical Marijuana Outcomes Research. Its scientists, from universities throughout Florida, are doing what they can to get the cart a little closer to the horse, with grants for small clinical trials, a survey of patients and a huge database that will track health outcomes.

Meanwhile, Robert Platshorn of the Silver Tour has his eye on a bigger fish than medical marijuana in Florida.

“I have one more big show I want to put on,” he said, “and that’s to legalize nationally.”