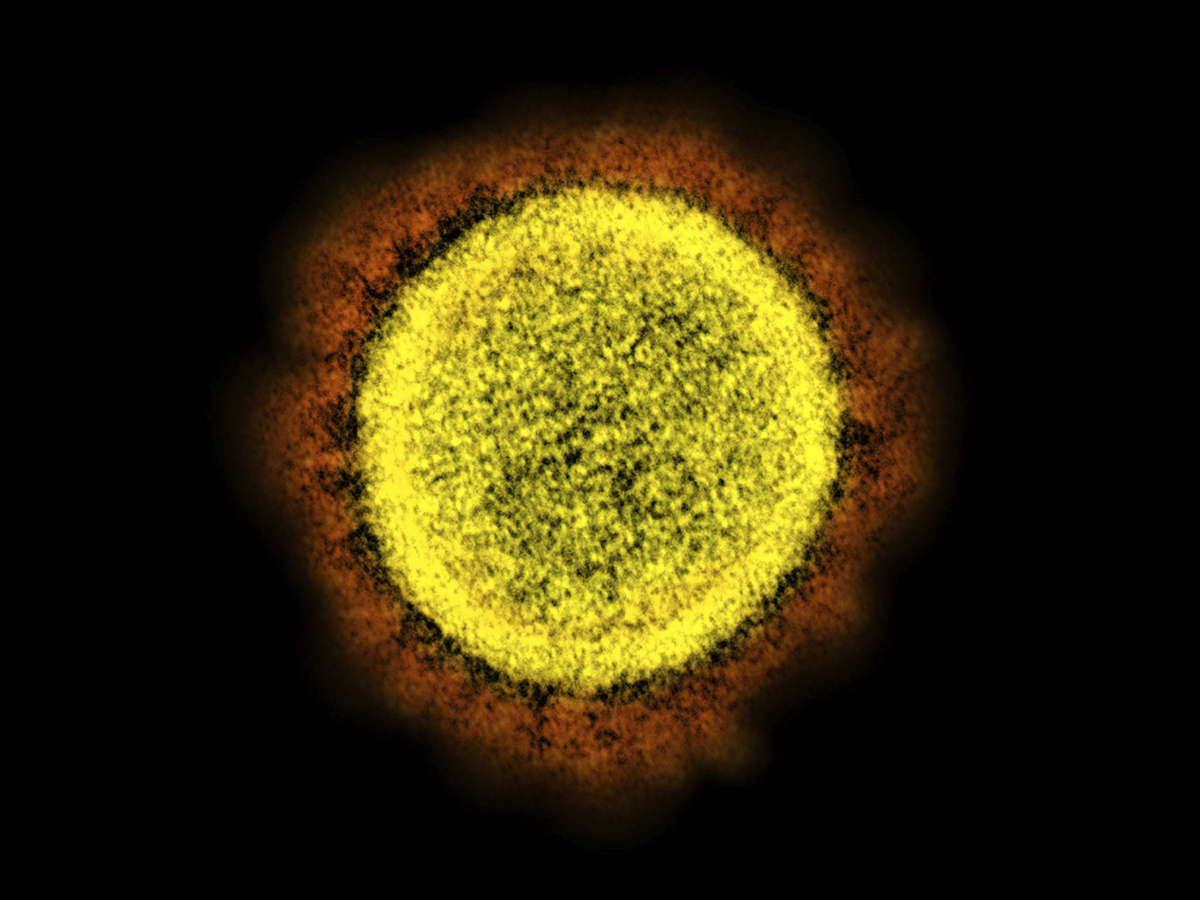 An electron microscope image shows a SARS-CoV-2 particle isolated in the early days of the pandemic. It's been nearly a year since omicron was first detected, and scientists say this branch of the coronavirus family tree is still thriving.

Throughout the pandemic, the virus that causes COVID-19 has been evolving fast, blindsiding the world with one variant after another.

But the World Health Organization hasn’t given a SARS-CoV-2 variant a Greek name in almost a year, a move that’s reserved for new variants that do or could have significant public health impacts, such as being more transmissible or causing more severe disease.

That raises the question: Has the evolution of the virus finally started to ebb, possibly making it more predictable?

The answer — according to a dozen evolutionary biologists, virologists and immunologists interviewed by NPR — is no.

“SARS-CoV-2 is continuing to evolve extremely rapidly,” says Trevor Bedford, a computational biologist who studies the evolution of viruses at the Fred Hutchinson Cancer Center in Seattle. “There’s no evidence that the evolution is slowing down.”

Instead, the most consequential evolutionary changes have stayed confined to the omicron family, rather than appearing in entirely new variants.

Whereas alpha, beta, gamma and the other named variants sprouted new branches on the SARS-CoV-2 family tree, those limbs were dwarfed by the omicron bough, which is now studded with a plethora of subvariant stems.

“The children of omicron — so the many direct children and cousins within the diverse omicron family — those have displaced each other” as the dominant strains driving the pandemic, says Emma Hodcroft, a molecular epidemiologist at the University of Bern. “But that same family has been dominating” by outcompeting other strains.

One variant to rule them all

The ever-expanding omicron brood has maintained its dominance through what’s known as “convergent” evolution — when entities independently develop similar traits because of similar environmental pressures, according to Manon Ragonnet-Cronin, who studies viral genetics at the University of Chicago.

“We seem to be seeing for the first time evidence of widescale convergent evolution,” Ragonnet-Cronin says. “We have what people are calling a swarm of omicron viruses, which have different ancestries within omicron, but which have the same set of mutations.”

Those mutations endow these omicron offspring with the one power they need most right now: the ability to sneak past the immunity that people have built up from getting infected, vaccinated, or both.

“When you see convergence in evolution that’s evolution’s way of saying ‘this mutation is repeatedly getting selected over and over again because it’s really helpful,'” says Jesse Bloom, a computational biologist at the Fred Hutchinson Cancer Center in Seattle.

Those mutations in the virus’s spike protein have been increasing its ability to evade protective antibodies and continue infecting massive numbers of people.

“This virus is getting a lot of lottery tickets if you will. And it looks like, with these new variants, these new mutations are like the jackpot,” says Jeremy Kamil, an immunologist at Louisiana State University.

The Centers for Disease Control and Prevention is tracking more than a dozen omicron subvariants right now, including BF.7, BQ.1 and BQ.1.1, some of which appear to be among the most immune-evasive yet.

Fortunately, the immunity people have built up from vaccination and infection still appears to be protecting most from serious illness and death.

But the newer highly contagious omicron subvariants could help drive yet another surge. They also give the virus many chances to reproduce, mutate and evolve even more.

While all this sounds dire, omicron’s long period of dominance is giving some scientists some hope.

The virus could, in one relatively optimistic scenario, keep evolving this way for a long time, drifting in more subtle evolutionary directions like the flu, without sudden shifts in how it behaves that make it more dangerous.

“The fact that we’ve perhaps stepped out of a phase [in the pandemic] where we’re getting completely new viruses from different parts of the tree sweeping in and dominating might be a sign that we’re moving towards a more kind of stable future for the virus,” Hodcroft says.

But that would mean large numbers of people would still catch the virus. Many would still get seriously ill, die, or be left with long COVID. And because the virus is still so new, it’s impossible to know how the virus might evolve in the future, experts tell NPR.

“We are literally dealing with a completely novel virus here,” says Kristian Andersen, an immunologist at Scripps Research. “We don’t know how many other paths this particular virus might have. We just don’t know at this stage.”

There’s no way to rule out, for example, the possibility that a dramatically different variant might emerge yet again, perhaps after simmering inside someone with a compromised immune system that can’t drive out the virus. That lets the virus extensively interact with the human immune system and find even more advantageous mutations.

“I guarantee you that there are people who have been persistently infected with delta and alpha who have some really weird combinations of mutations,” says Michael Worobey, an evolutionary biologist at the University of Arizona. “And I’m fully prepared for a delta-based or alpha-based omicron-like event where one of those zombie viruses that’s been cooking away within someone emerges.”