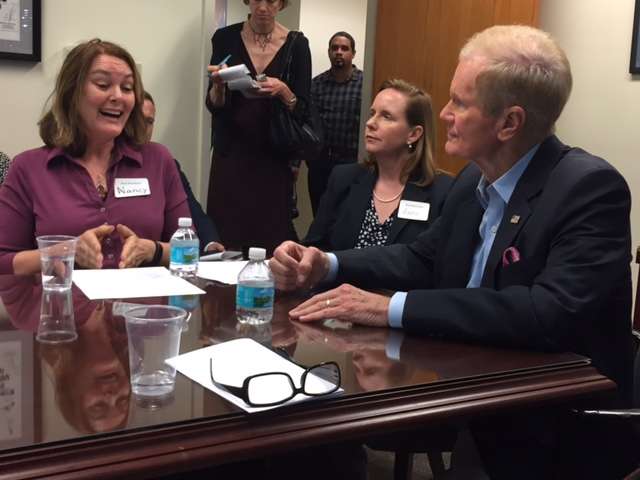 Older Americans who have not yet reached Medicare age are among the groups hardest hit by the Republican plan to replace the Affordable Care Act.

An analysis by The Associated Press shows that many of those who buy their own health insurance stand to pay thousands of dollars more.

That is especially true for the nearly 3.4 million older Americans who have enrolled through the government marketplaces, many of whom receive generous federal subsidies through the health care law enacted under former President Barack Obama.

The Republican plan replaces those subsidies with a flat tax credit that does not take into account income or local insurance prices. It also allows insurance companies to charge more for a premium based on age than the current law allows.

Marshall Stern had a heart transplant last year. The anti-rejection drugs cost about $100,000 annually. At a roundtable Monday with U.S. Senator Bill Nelson, Stern said he worried about what would happen under the Republican plan.

Terry Falbo, 59 years old, didn’t have health insurance for five years until the Affordable Care Act was passed. She says she won’t be able to afford insurance under the new law, which Nelson said was terrifying.

“Particularly if you have a health condition you need treatment,” Nelson said. “By the way, this is a story I keep hearing over and over from folks all over Florida: I’m just hoping to get to age 65.”

Sharon Brown is 58 and can’t work. She said under the new plan, without subsidies, her health insurance will cost twice her income. She’s been pulling money out of her retirement to pay for her current plan, but the lifelong Republican said it’s having political implications for her.

“So I’m changing my political affiliation to independent, basically,” Brown said. “I want to vote my conscience.”

The Congressional Budget Office finds that a 64-year-old making $26,000 per year would pay about $13,000  more per year for health insurance. The House is expected to vote on the American Health Care Act Thursday.

The plan is still evolving, and many GOP lawmakers have said they want to see changes that reduce the impact on older consumers.