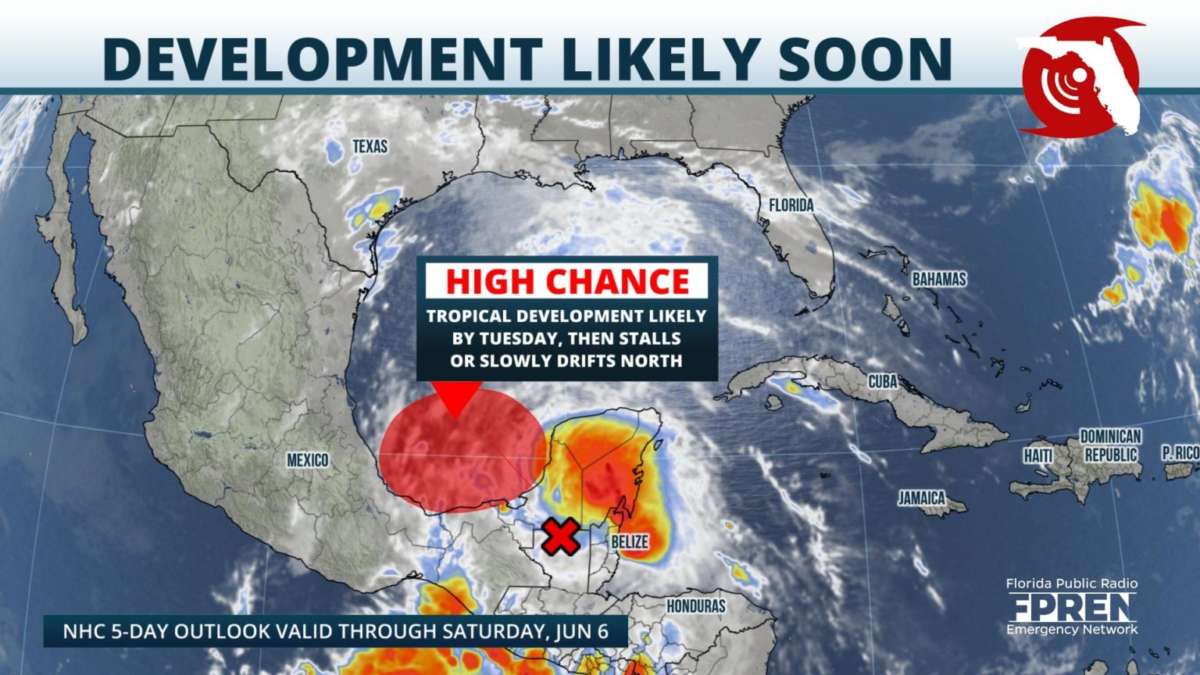 The 2020 Atlantic Hurricane Season officially begins today, and it’s already off to a busy start.

Two tropical storms developed in May, and Meteorologist Jeff Huffman says the third named storm of the young season may form this week in the Gulf of Mexico.

“This would actually be the remnant moisture and circulation from an Eastern Pacific storm named Amanda,” said meteorologist Jeff Huffman. “Forecast models suggest it will cross over Central America and enter the Bay of Campeche by Wednesday, potentially spawning a new storm that would slowly drift north.”

Forecasters at the National Hurricane Center placed the odds of tropical development at 70 percent in their most recent outlook, but say it’s far too soon to project where it may track or how strong it could become. The next name on the list for the Atlantic basin would be Cristobal.

Area of disturbed weather in the southwest Gulf, western Caribbean is extremely complex. Oftentimes, I’ll construct a conceptual model of possible scenarios when examining data. There are too many things that could reasonably occur. Not worth a long-range forecast yet. #Tropics pic.twitter.com/KMHQEwYBAf

Check here to read more about changing hurricane preparations because of the coronavirus pandemic.