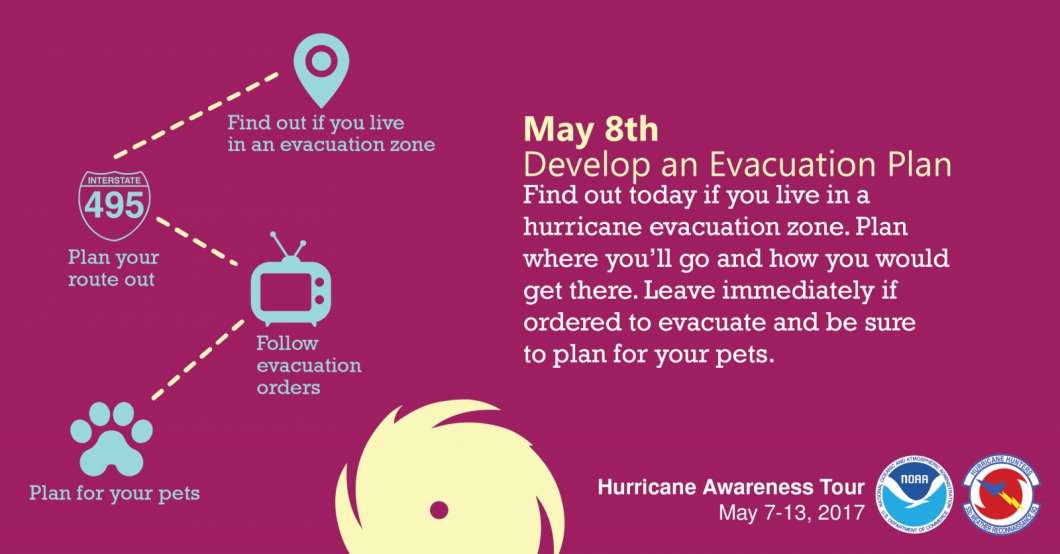 This is Hurricane Preparedness Week. Next week, emergency managers, first responders and volunteer agencies from across the country will converge in West Palm Beach for an annual hurricane conference. The theme is “Preparedness Works!”

“This season might be near or slightly below normal in terms of activity but I must stress there’s a lot of uncertainty this far out because we’re not real sure if an El Niño will fully develop by the fall,” said Huffman.

An El Niño could make conditions less favorable for hurricanes forming in the central Atlantic.

Volusia County Director of Emergency Management Jim Judge said there’s still plenty of debris needing to be cleaned up along the Intracoastal Waterway.

“We still have some derelict boats out there that continue to be a navigation hazard in some areas so we hope to address that as well and hopefully the funding will come in to cover it all,” said Judge.

Judge said a lesson learned from Matthew was the need for more cots at the Emergency Operations Center and he said shelter management can be improved for next time.