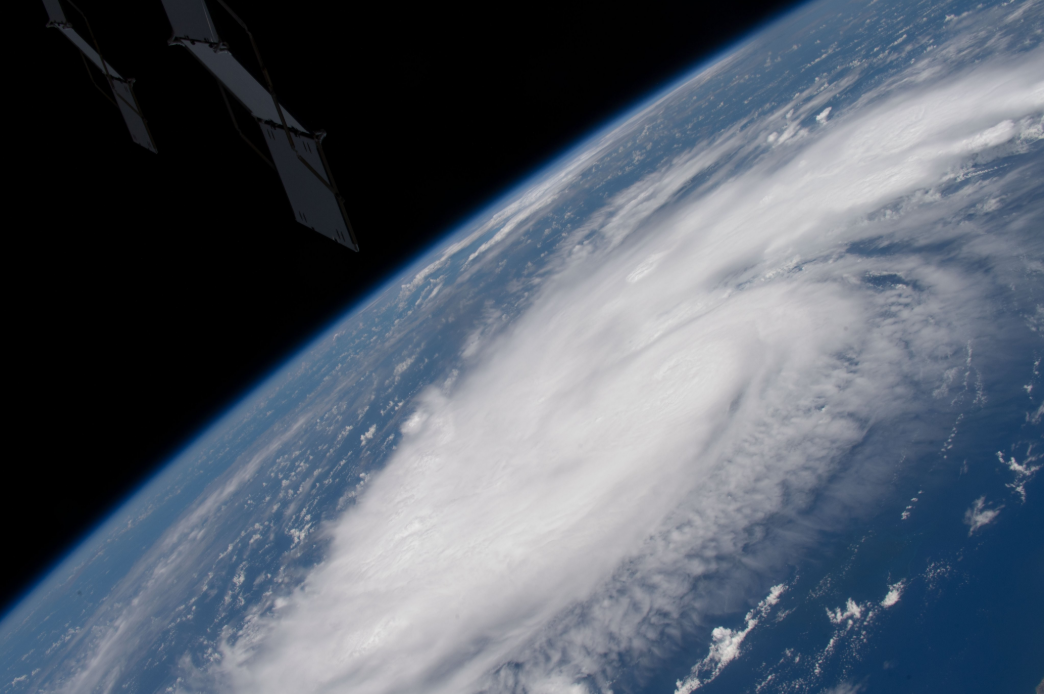 Forecasters say Hurricane Dorian is now a Category 3 storm and will impact the Florida peninsula next week. City, county and state officials are urging residents to make final preparations for a potentially damaging impact early next week.

Shelters will open in Orange County this weekend in preparation for the storm. Twelve shelters which can house about 6,000 people will be available as needed in Orange County starting on Sunday.

Governor Ron DeSantis commended Orange County for having shelters in place and ready to open on Sunday.

“I appreciate Orange County’s role,” he said Friday in Orlando. “Obviously, Orange County is going to be affected by this. But you’re going to have people fleeing from some of the coastal areas to Orange County so we appreciate you guys stepping up and helping your fellow Floridians.”

People in general shelters will be provided a floor space-and should keep their bedding to a minimum. Special needs residents will get additional space, and room for a caretaker.

The county has still not put a curfew in place to allow businesses and daily life to continue operating normally.

“Typically curfews are put in place at the highest level of the storm and then post-storm,” said Orange County Mayor Jerry Deming. “If we can prolong the period of time before we go into any type of curfew that is I think most desirable for this community.”

The Orlando Police Department said if a curfew is put in place people will not be allowed on public streets, highways or other places while it’s still in effect. The curfew would not apply to people seeking medical assistance or the first responders and medical professionals providing this care.

“Most importantly the main way that we would get localized flooding would be if the storm water drains are clogged with loose debris,” he said.

Construction has stopped on I-4.

The mayor also said the city will waive fees at certain city-owned parking garages for those seeking cover for their vehicles. He said the city will provide more details later. Dyer also says local shelters will add capacity for the homeless through Dorian.

Health care officials are urging those in the storm’s path to stock up on prescriptions and supplies as residents prepare for the impact of Hurricane Dorian.

Since the Governor declared a state of emergency, Floridians can get a 30-day refill of prescription medication – even if it was just refilled.

DeNave recommends two weeks worth of prescriptions and medical supplies before a storm. She said it’s also important to keep medicines requiring refrigeration cool and to make sure all prescriptions are stored in water-proof bags or containers.

While evacuations have not been ordered yet, county officials are asking those living in evacuation zones to begin thinking about how to get out if they have to.

In Brevard County, even if an evacuation is announced, the causeways to the barrier islands will not close before or during a storm.

“What the problem is with staying on the barrier island is that if you have an emergency and we’ve got winds above 60 miles per hour, it’s very unsafe for high profile vehicles like ambulances or fire trucks to cross the causeways,” said county spokesperson Don Walker.

The county is working with public transportation should residents with special needs require assistance getting to shelters.

Governor Ron DeSantis said the state is checking in on about 120 nursing homes and assisted living facilities that don’t have a generator that can run the air conditioner.

Twelve people died in a sweltering nursing home in 2017 after Hurricane Irma. Since then, the state has required all nursing homes and assisted living facilities to have generators that can keep the AC on.

Adoption, though has been slow. “There’s gonna be site checks,” said DeSantis. “Phone calls to make sure that they have a plan to deal with folks that are in their care. Once the storm passes, there will spot checks.”

There are 24 assisted living facilities in Central Florida that have not filed any paperwork with the state. Sixty percent of Central Florida nursing homes have a temporary generator on site or a contract to have one delivered in an emergency — but not a permanent generator.

Small boats at Port Canaveral need to be out of the water in preparation for Hurricane Dorian.

The U.S. Coast Guard is in condition X-ray, which means they are under normal ship operations but are preparing for a storm, including sending out crews to clean up debris that may shift in the wind.

Jason Kling with the U.S. Coast Guard said smaller boats need to head toward safety. “All of the small boats have to be out of here. We are different than a normal marina; we are open to the open ocean, and it’s not safe for any small craft.”

The Coast Guard is also supplying trucks with enough fuel to move in and out of the port. They are anticipating the port will be closed sometime late tomorrow or early evening.